CSE presents Guidelines for Faecal Sludge and Septage Management in Bihar. Guidelines prepared on the request of Urban Development Department, Government of Bihar

New Delhi, July 22, 2018: Cities in Bihar are turning a new page in sanitation management with help from the New Delhi-based research and advocacy body Centre for Science and Environment (CSE), which has prepared the state’s draft Faecal Sludge and Septage Management (FSSM) guidelines. The guidelines offer directions on how to initiate FSSM in Bihar, and the technological options, approaches, timelines and financing resources available.

Says Suresh Rohilla, senior director of the water management programme in CSE: “As part of ongoing technical support to the state government, CSE has been helping four cities -- Buxar, Muzaffarpur, Katihar and Bodhgaya -- in developing their City Sanitation Plans, and in designing and implementing interventions across the sanitation chain. These include containment, emptying, disposal, treatment and end use.”

It might be noted here that three of these cities -- Bodhgaya, Katihar and Muzaffarpur – have found a place in the list of top five cities from Bihar in the Swachh Survekshan 2018 rankings. While these rankings have some obvious lacunae (CSE has pointed them out in terms of management of municipal solid waste -- https://www.cseindia.org/swachhsurvekshan-2018-looks-at-visible-cleanliness-not-effective-waste-management-solutions-says-cse-8812), what remains a fact is that CSE’s intervention and guidance is quite clearly helping these Bihar cities realign their priorities and think ‘sustainably’, says Rohilla.

According to Census 2011, Bihar reported an urban population of 11.67 million – this means 11.25 per cent of the state’s total population lives in 199 urban centers. A sanitation snapshot of urban Bihar indicates that households with septic tank-based sanitation systems (52.72 per cent) far exceed those with sewer connections (7.21 per cent). The faecal sludge generated by these septic tanks eventually is dumped into open drains, open grounds or vacant plots, resulting in a huge risk to public health and environment. To add to this, Bihar has only six sewage treatment plants (STPs) – a mere 0.7 per cent of total STPs in India -- of which only four work!

According to the State Annual Action Plan (SAAP) 2016-17, sewerage and sanitation in municipal corporations and Nagar Palika Parishads is not a priority for the state – most of the funding in Bihar under the Atal Mission for Rejuvenation and Urban Transformation (AMRUT) has been allocated for water supply. The only project on septage management in the state has been initiated in Katihar. Bihar needs to notify operative guidelines for faecal sludge and septage management in the state, which will focus on stakeholder identification and engagement, revamping the institutional framework, developing an effective business model for better FSSM and to reduce reliability solely on Central government funds.

The four cities where CSE is involved in have been identified as flagship cities by the Union Ministry of Housing and Urban Affairs so that they can act as model cities for other urban centers across the state for initiating city-wide sanitation action.

Says Rohilla: “Bihar can potentially be the ninth state to adopt FSSM guidelines. Sanitation is a state subject and on-ground implementation and sustenance of public health and environmental outcomes require strong coordination among institutions and stakeholders. Bihar needs to formulate and notify its own FSSM strategy and integrate it with its state and city sanitation plans in conformity with the national policy."

For the guideline document and other related information, please visit our website: www.cseindia.org 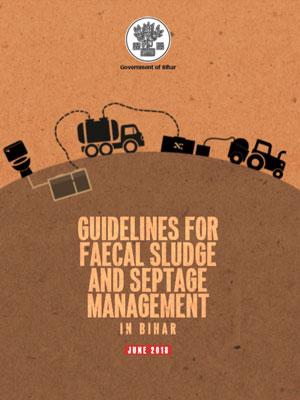 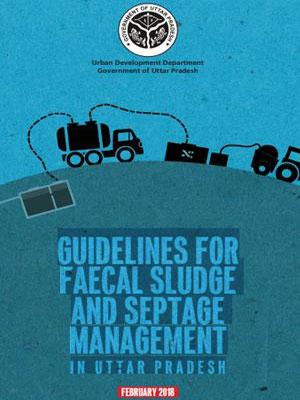 Guidelines for Faecal Sludge and Septage Management in Uttar Pradesh