Contamination of food is the greatest challenge for food safety in India, says CSE on World Health Day (April 7) 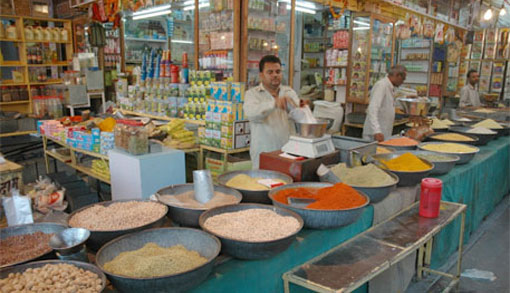 New Delhi, April 6, 2015: “Scientific evidence has shown that contamination of food is a serious issue in India as unchecked microbial activity, and the use of pesticides and antibiotics seriously compromise food safety while consumption of junk food and other chemically-laced foods adds to the problem,” said Chandra Bhushan, deputy director general, Centre for Science and Environment (CSE), flagging the nation’s key concerns on the eve of the World Health Day.

Food safety is the theme of the 2015 World Health Day. According to the World Health Organization (WHO), over 2 million people -- 1.5 million of them children -- die each year in the world due to diarrhea from contaminated food and water; of the 2 million, nearly 700,000 die in South Asian countries alone. In 2013, about 10 per cent of the deaths in India of children below 5 years were due to diarrhea.

“There is limited understanding of estimates of disease and deaths from all food-safety related issues. India also does not know the exact burden of all food-borne illnesses,” points out Chandra Bhushan. CSE has, however, focused its attention on some key factors that impact the quality of food in the country.

Use of pesticides
CSE researchers say pesticide use and management in India is largely unregulated and food contaminated with pesticide residues is freely used by unsuspecting consumers. Pesticides are linked to long-term health effects such as endocrine disruption, birth defects and cancer. Besides raw agriculture produce, pesticides have been found in packaged food products such as soft drinks, bottled water and in human tissues in India. “In India, unregistered pesticides are being used – and without maximum limits set on their use. The usage is largely influenced by marketing initiatives of industry,” said Bhushan.

Use of antibiotics
Indiscriminate use of antibiotics for non-therapeutic reasons such as growth promotion and mass disease prevention is a common practice in intensive industrialised farm settings in the country. Both residues of antibiotics and resistant bacteria can get transferred to humans through contaminated food. The problem of drug resistance linked with this practice, further makes the food-borne illness difficult to treat. Most bacteria that cause food-borne illnesses such as E coli, salmonella and campylobacter are already found to be multi-drug resistant in the country.

Street food and packaged food
While microbiological contamination of street food is a concern, its most common replacement is processed and packaged food which is laden with chemical additives. Long-term risks of many of these are not known. Besides chemical additives, ultra-processed junk foods are known to be high in salt, sugar and fats including trans-fats. Considering their established linkages with non-communicable diseases such as diabetes, obesity and heart disease, it would be more than appropriate to consider these foods as unsafe too.

Adulteration
Controlling adulteration is a big challenge but is of critical importance. A key example is milk which in recent years has been found to be adulterated in most states with water as well as detergents. The water could have been contaminated with bacteria or virus and detergents are toxic to human body.

Says Bhushan: “The challenges are compounded as most people in India are undernourished as well as unaware about the very concept of food safety. The connection between ‘food’ and ‘health’ (or disease, in this case) is not understood very well. But India can no longer afford to remain in this dilemma of whether it should provide ‘food’ or ‘safe food’ to all.”

What India needs to do
• Implementation and enforcement of the Food Safety and Standards Act (FSS) needs to be strengthened: CSE believes an effective monitoring mechanism is the key to the success of Indian food safety regulatory framework. Limited capacity of enforcement authorities should not be a hindrance and should be augmented. Also, financial and legal penalties should be set in order to ensure deterrence. Procedures and practices of product approval, registration and licensing of food business operators should facilitate greater enforcement of the law of the land. Greater emphasis on imported food products is also required.

• Food testing laboratory infrastructure and skills needs to be strengthened: With existing facilities being inadequate, a country-wide network of public and private laboratories with required infrastructure and skills for food testing is critical to the enforcement of food safety regulations.The Food Safety and Standards Authority of India (FSSAI) needs to build upon on this going forward.  It will also help in timely identifying and addressing a food-safety emergency.

• Limits of chemicals or determinants of unsafe food need to be set: Science-based standards in line with international best practices for currently and newly identified chemicals should be set. For example, the FSSAI should set maximum residual limits for antibiotic residues in chicken and other food-producing animals. These should reflect therapeutic use only. Antibiotics for growth promotion and mass disease preventionshould be banned as done in several European countries. Antibiotics critical for human medicine should also be prohibited. Similarly, stringent limits for trans-fats in hydrogenated oils at 5% should be set and implemented at the earliest.

• Training, education and awareness of all stakeholders should be a priority: Mass communication efforts and initiatives are the need of the hour. Those working at farms, factories, handlers and consumers across the country should be continually made aware about food safety risks and best practices. Training programmes should be institutionalized for street food vendors and food safety officers. Greater emphasis needs to be given to appropriate food labeling to better inform consumers.

• A national level disease surveillance and public alert system should be set:  It is important to record all acute and long-term food-borne cases and their reasons, specifically other than microbiological such as such as pesticides to be able to address the issue in totality. Monitoring of antibiotic resistance trends in live animals, retail meat and humans would help tackle the antimicrobial resistance. A public alert system in case of outbreaks, food product recalls, chemical food poisoning would be important going forward.

• Policies to promote and make available good food: Domestic food and international trade policies should facilitate easy and cheap availability of freshly prepared food, fruits and vegetables in the country.