Says celebrity endorsement of such products, especially those targeted at children, should be curtailed

New Delhi, June 3, 2015: Centre for Science and Environment (CSE) has welcomed the food authorities’ initiative in testing processed food for contaminants like heavy metals – in the context of the ongoing controversy on Maggi noodles. Responding to the issue, Chandra Bhushan, CSE’s deputy director general and head of its food safety programme, said: “It’s an issue of public health and public good – hence, there is no room for any compromise on this issue. It’s great that for the first time, processed food is being tested for contaminants like heavy metals by our food safety authorities.”

More tests should be done, adds Bhushan. It is important to note here that CSE’s Pollution Monitoring Lab has tested a wide range of food products – from bottled water and soft drinks to honey and chicken – and exposed their contamination by pesticides, antibiotics and heavy metals (please visit our website -- www.cseindia.org -- for complete details).

The controversy around Maggi revolves around the Delhi government’s recent discovery: it found traces of lead exceeding the prescribed limit of 2.5 ppm in 10 packets of Maggi instant noodles out of 13 tested samples. The government has declared the product to be unsafe for consumption. Earlier, the Uttar Pradesh Food Drugs and Administration (UPFDA) department had found lead in Maggi samples with levels as high as 17 ppm.

Apart from lead, monosodium glutamate (MSG) -- commonly known as ajinomoto -- was also found to be present in the tested samples with no appropriate label declaration. The Food Safety and Standards (Food Products Standards and Food Additives) Regulation, 2011 provides a list of food products that should not have flavor enhancers like MSG.

A CSE lab research into various kinds of junk food – done in 2012 – had found that Maggi instant noodles came with a high salt content. A packet of noodle had around 3 gram of salt – the recommended salt intake per person per day is 6 gram. Says Amit Khurana, programme manager of CSE’s food safety team: “This means that if you eat a packet of these noodles, you will have to watch your salt intake very carefully through the rest of the day. Consumption of such ultra processed foods high in salt is associated with the increased risk of obesity and diabetes.”

The lab study had also found that addition of vitamins, as claimed by Maggi, did not make it a healthy food as it had negligible fibres; 70 per cent of it was just carbohydrates.

A consumer’s right to know

There are several facts about the ingredients and nutrition information of a product that consumers are unaware of due to lack appropriate nutrition fact labeling. As a consumer’s right, what is there in a food product should be clearly mentioned on the pack with quantity of each ingredient reflecting the recommended daily allowance (RDA).

Appropriate nutrition fact labeling is globally known to facilitate dietary choices among consumers. Till date India has no such labeling regulations to address the same. CSE researchers say that even today, a 70 gram pack of Maggi noodles does not provide information about the amount of salt contained in each packet. Additionally, the nutrition information about fat does not reflect the recommended daily intake from per serving of the product. The label only mentions about the percentage of protein and calcium with respect to RDA. Had there been some mandatory regulations in our country regarding nutrition fact labeling, such selective disclosure of the information would not have been so prevalent, points out Khurana.

Unregulated advertising of junk food targeted at children plays crucial role in building up food preferences among them. Children fall victim to such advertisements as they are not mature enough to make the right food choice. Mandatory control over such advertisement is very much needed.

CSE says there is no government backed regulation to control celebrity endorsed advertisements in our country, especially targeted towards children. This can be achieved by not broadcasting such advertisements at places where children are the popular audience, such as cartoon channels, sports shows and during prime time. Regulations on food additives and colors also need to be tightened.

Says Bhushan: “The law must take its course. This issue of food safety needs a multidimensional approach where along with the government, the food industry also needs to take the responsibility on ensuring the safety of their products.” 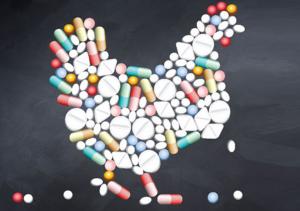