CSE welcomes Kerala's action plan to contain antimicrobial resistance; Kerala is the first state to have such a plan of its own 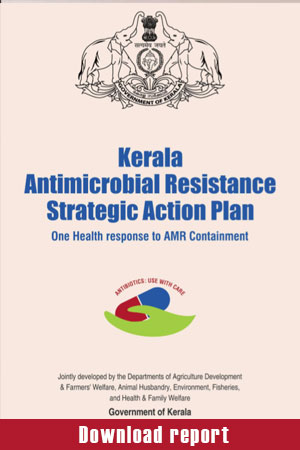 New Delhi, October 26, 2018: Centre for Science and Environment (CSE) has welcomed the Kerala Antimicrobial Resistance Strategic Action Plan (KARSAP), which was released by PinarayiVijayan, Chief Minister of Kerala, at a state-level consultation held in Thiruvananthapuram on October 25.

Antimicrobial resistance – in particular, antibiotic resistance – is a global public health threat. Antibiotics used to treat diseases are increasingly becoming ineffective because of their overuse and misuse in human health and in the production of food from animals such as chicken, fish and dairy products. Poor management of waste from hospitals, farms, pharmaceutical industry and households also adds to the problem.

Responding to the global call for action, India had released its national level plan on AMR along with a Declaration in Delhi in April 2017, which called for state-level action plans. Kerala is the first state to announce its plan.

“We congratulate the state of Kerala for achieving this milestone. It has led this much needed step in India’s fight to contain AMR.Other states should now come forward with their plans to handle this public health crisis in the country,”said Chandra Bhushan, deputy director general, CSE.

Amit Khurana, programme director, food safety and toxinsprogramme of CSE, pointed out that “since health, livestock, fisheries and environment are state subjects, it is imperative that states develop their own plans for effective action on the ground across the country”.

CSE has actively contributed to the Kerala action plan and is an implementation partner in the state’s AMR containment efforts. Earlier, it had helped in development of India’s national action plan and is also a stakeholder in implementation. In the past, it has highlighted misuse of antibiotics in food animal production in the country and environmental linkages of AMR. CSE continues to advocate for required change in policy and practice.