In 2016, Delhi experienced one of its worst Diwali smog episodes in many years. Several factors converged to create the dirty haze that enveloped the capital region with the onset of winter. Scientists had predicted a near-total lack of wind and a severe spike in pollution levels on Diwali day – and they were proved right. Even before the Diwali smog could thin out, the weather turned hostile once again. Lower level anti cyclone—a weather phenomenon which prevents the dispersal of smog—developed around Delhi on November. There was virtually no wind in the vertical column. As a result, the smog thickened and worsened. According to the India Meteorological Department(IMD), this was the worst smog episode with very poor visibility in the last 17years.

During this period, the levels of PM2.5 increased by 1.4 times on November 5,2016 from the levels witnessed on Diwali day (see Graph 1: Massive pollution build-up during Diwali). It was 14 times the standard—a situation which was both alarming and dangerous for human health. In fact, the level of pollution was higher than what was recorded during the in famous London smog incident of 1952, and certainly higher than what has ever been seen in Delhi.

The key contributors to this smog in Delhi and its vicinity were vehicles; unchecked construction and road dust; garbage burning; burning of paddy residues by farmers in Punjab, Haryana etc; near-still weather conditions without wind; the onset of winter; and of course, the Diwali firecrackers. 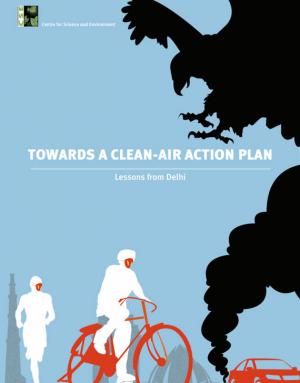