District Mineral Foundation (DMF) Trusts have been developed across most mining districts in India over the past five years since the amendment of the Mines and Minerals (Development and Regulation) Act (MMDR) in 2015. These district-level bodies have the precise mandate to work in the interest of mining-affected people and areas. This is based on the fundamental idea that local communities have the right to benefit from natural resources extracted from their area.

With the mandated contribution from miners—equivalent to 30 per cent of the royalty amount for leases granted before 2015, and 10 per cent for leases granted after that—the total cumulative accrual in DMFs across the country is close to Rs 36,000 crore as in January 2020. Further, it is estimated that annually Rs 6,000 to Rs 7,000 crore will be accrued to DMF Trusts in the coming years. Given the corpus, DMFs have huge potential for poverty alleviation and improving human development indicators in India’s mining areas. As the fund is untied and non-lapsable, it can be used for addressing immediate needs and undertaking long-term improvement of mining-affected communities. DMFs can also strengthen local level governance as local communities have a key role in DMF decision-making, particularly in deciding the use of funds and in monitoring implementation of works and service delivery. 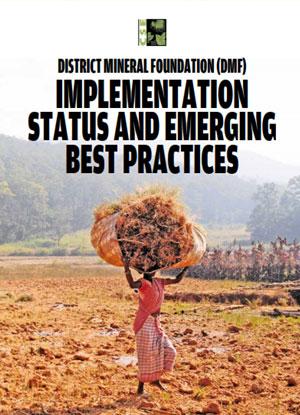