Location of the technology

The project was initiated by a concerned citizen of Bansberia city located in West Bengal, India. The main aim was to handle septage which gets discharged into River Ganga. The project is a joint venture between Bansberia Municipality and Greenery Bio compost and Animal Farming Pvt. Ltd. The private company receives septage from the entire city and then converts it into poultry waste into bio compost.

Septage is spread on sludge drying beds and dried for 2-3 weeks, until maximum water evaporates. This excreta consists of 1% N. In order to increase the Nitrogen content, the poultry excreta which has 3% N content is mixed with it.

Lime is added to the sludge in order to kill the pathogens and to increase the rate of composting. It takes around 3 weeks to dry this sludge. Once dried, it is stored in bags for 2 weeks.

This dried sludge is then spread out in a small area and kept, for it to receive rainfall for at least a year. Plant growth is visible on this layer of dry sludge after a period of time. Due to its high nitrogen content, it becomes suitable for plant growth and the plants help in maintaining the pH of the sludge around 6.5 -7.

A three layer compost is prepared to form one half of the bio compost. The above mentioned dried sludge forms the first layer. Leather ash forms the next layer on top of this. Leather ash which is high in N & K is the remnant which is formed after boiling the slaughter house leftovers such as animal skin.

“Kheri” (called in hindi) forms the third layer on top of the leather ash. Animal blood from slaughter house, coconut peel mixed with husk and forms Kheri. This layer is rich in Iron and calcium apart from the nitrogen present in it. All the three layers are mixed well and kept aside. This forms the faecal compost.

Alongside the faecal sludge treatment, Vermi composting of cow dung and kitchen waste also takes place separately. The vermi compost formed is mixed with the faecal compost and is sieved well. The final product after sieving is called as Biocompost. In order to enhance the quality of the biocompost, neem seed powder is added to it. The cost of the biocompost is Rs 850/50kg. 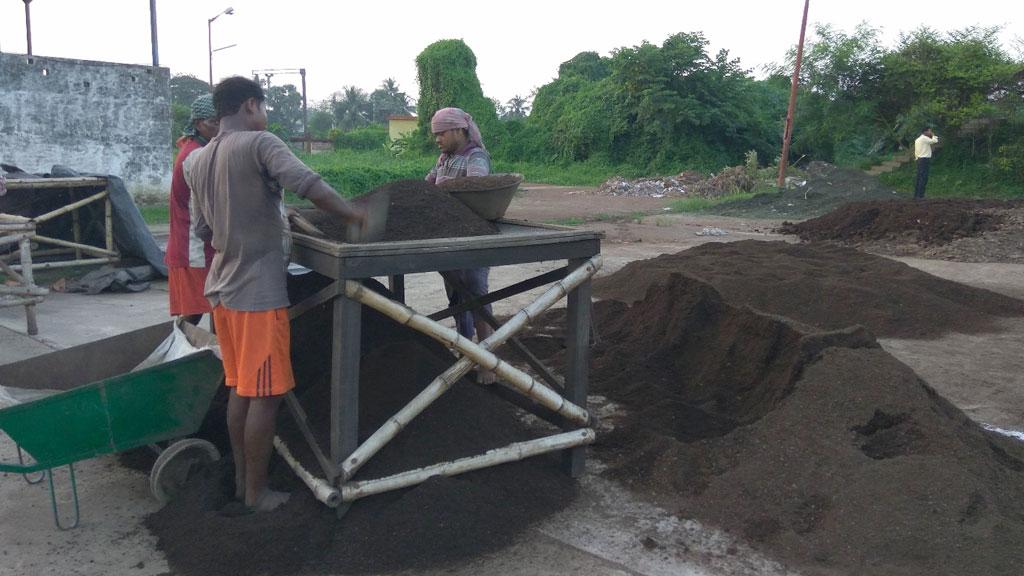 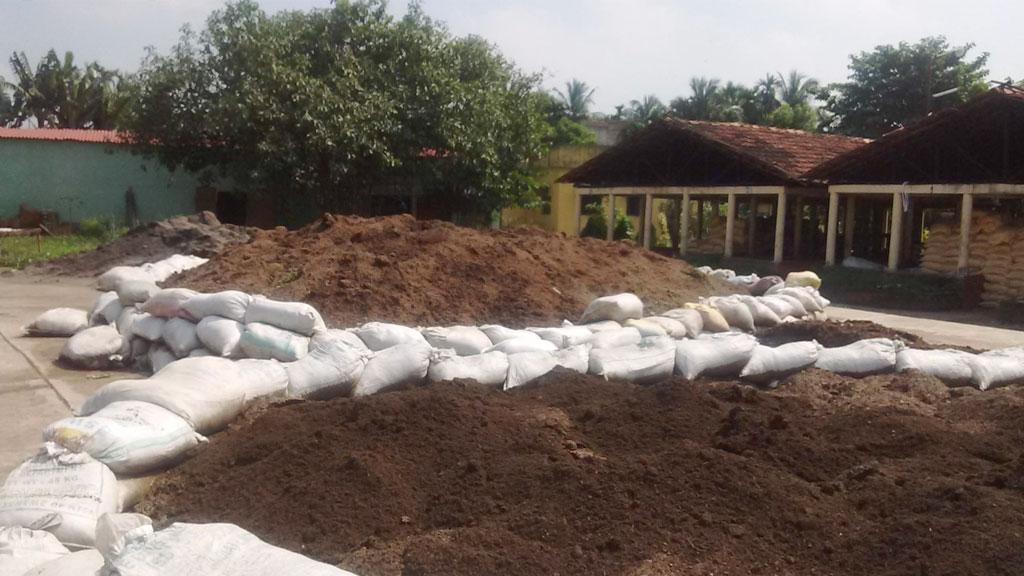