MOVE FREE Unlocking the traffic gridlock in our neighbourhoods

Choked roads, polluted air and road injuries are but a few symptoms of the severe and crippling mobility crisis in Delhi. Polluted air snuffs out one life every hour. Studies carried out by the Central Pollution Control Board and National Chittaranjan Cancer Research Institute have shown that every third child in Delhi has impaired lungs. This can hardly be called unexpected in this polluted city with gridlocked traffic where the impact of vehicular pollution is maximum near roadsides and within 500 meters from any road. More than 55 per cent of Delhi’s 17 million people live within this highly exposed and toxic zone. The city also records the highest fatal road accidents among all cities—an average of five road accident deaths per day. This is not acceptable and need surgent attention and solutions.

A staggering 25 million travel trips are generated daily in Delhi. How the teeming millions decide to travel will decide the liveability of this city. The growing dependence on personal vehicles is making the city even more gridlocked and polluted. Over the last three decades, there has been an unprecedented growth in the number of motor vehicles, which in now hitting the mark of about 8.8 million. This is more than the number of vehicles in the three mega cities of Mumbai, Kolkata and Chennai put together. According to the Delhi Statistical Handbook 2014 every second household hasa two-wheeler and every fourth household has a car. The city is adding at least 1,400 vehicles to its roads every day. Mass transport systems have miserably failed to keep pace with the growing travel demands. Official statistics from RITES show that traffic volumes have far exceeded the designed capacity of most roads in Delhi.

Yet our transport policy is obsessed with increasing speed and ensuring seamless vehicular movement on arterial roads and major traffic corridors by removing signals, making flyovers, barricading medians to stop people from crossing where they need to, and creating under passes to transport volumes of car traffic at speed. This only creates incentive for more car travel. It is not possible to curb killer air pollution and congestion if the roads continue to get designed in ways that stoke explosion in traffic volumes without restraints. 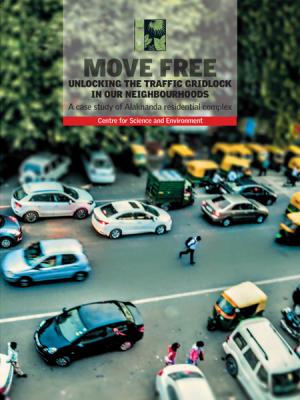