Meeting on New Environmental Norms with the headline, “A way forward”

October 5, 2016: Centre for Science and Environment conducted a meeting on September 7, 2016 to arrive at a roadmap to expedite the implementation of the recently notified environmental standards for coal-based power station by the Ministry of Environment, Forest and Climate Change (MoEF&CC). 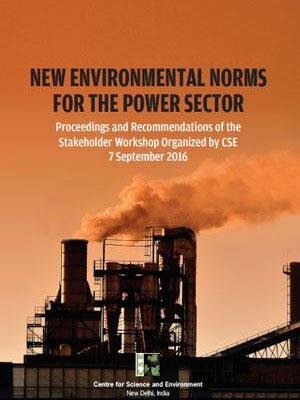