India implemented an automated pollution monitoring system in the last decade in order to improve compliance and enforcement of pollution norms in industries. This move triggered most industries to install continuous emission monitoring systems. Using the coal-based thermal power sector as an example, this study examines the health of these systems and the state of data generated. Coal-based thermal power sector is a heavily air polluting industry in India. The MoEF&CC had introduced emission norms to limit pollution from the industry in 2015. To monitor the progress of implementation of these norms, this system can come handy. However CSE’s study finds this system is still in its infancy, and much more work is needed to mainstream it as a compliance tool.

Key findings of the study

Internationally CEMS data is used by the regulators for compliance monitoring. Now with the scale of investments that has been put into these systems it will be prudent to push the systems to use at the earliest. Streamlining mechanisms to validate data and technology employed by the measuring systems, calibration protocols and capacity building, needs to be brought in at the earliest. As a first step the report recommends regulators to at-least put out an analysis of the CEMS data that is received indicating its availability and pollutant ranges which can further roll the ladder into actions. Else the current practice of keeping this data in dormancy can only make these systems defunct derailing the entire installation efforts. 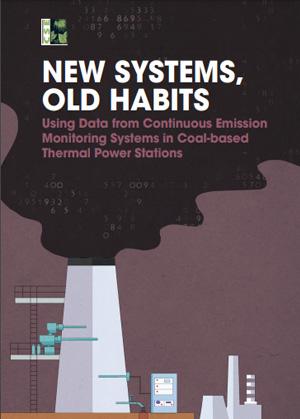