No Room For Delay

In December 2015, the Ministry of Environment, Forest & Climate Change (MoEF&CC) announced tighter emission standards for coal-based thermal power plants1. The new standards aim to drastically reduce emissions of NOx, SO2, PM, and mercury. In order to comply with these revised standards, existing plants were given two years (upto December 2017), while plants commissioned after 1 January 2017 were required to comply from the start of their operations. 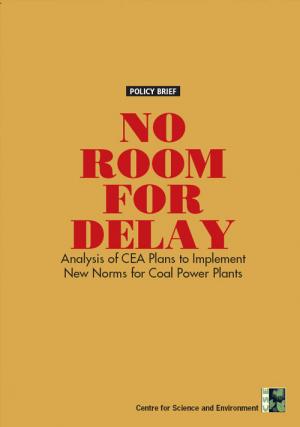