Given its vast territory and diverse population, India’s founding fathers envisioned democratic decentralization as the ideal form of governance for the country. But the shift from British-era centralization to a new paradigm of local governance has been slow.

Centre for Science and Environment (CSE) has been an advocate of democratic decentralization from its very inception. Way back in 1989, the Centre published a report titled Towards green villages—a strategy for environmentally sound and participatory rural development in India. The report was based on the experiences of local communities in managing their natural resources. CSE had argued that there was a need for devolution of powers to local communities for the management of natural resources.

In 2006, The Scheduled Tribes and Other Traditional Forest Dwellers (Recognition of Forest Rights) Act became the first legislation in independent India to vest the rights and powers to manage forest resources in local communities. Also known as the Forest Rights Act (FRA), the Act provides for recognition of forest lands as community forest resources (CFR). CFR areas are meant to be a separate category of forests to be governed and managed by communities. As of 2016, a little over 1.1 million hectares (ha) of forestland had been brought under CFR management. Potentially, another 30 million ha of forestland in India can be handed over to communities for management. 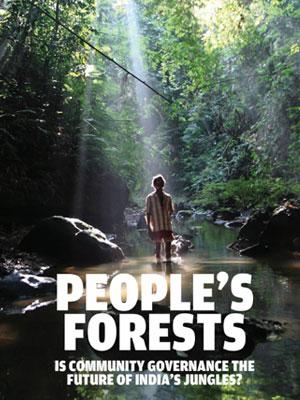