It is quite inexplicable why several cities of India, that violate the health based WHO guidelines and the national ambient air quality standards by several times over, despite having invested hugely to access clean fuel like natural gas and after establishing refueling infrastructure for compressed natural gas (CNG), are not effectively leveraging that investment to adopt CNG based public transport especially bus programme. One of the compelling reasons for expanding city gas distribution systems in many metro cities was rising air pollution and public health concerns t. Now when this investment has been made cities do not have clear roadmap to take advantage of the cleaner potential of this fuel to cut toxicity of air. While this is wasteful and not acceptable, this has also shown how investments are being made without clarity of intent and commitment and there is lack of understanding of public health benefits of that move.

Several such questions are coming our way from cities that have established new CNG infrastructure. These include Pune, Bengaluru, cities of Uttar Pradesh and others. This demands quick policy response to not to derail a good initiative. While it is true that cities can have several choices of fuels governed by fuel neutral emissions standards, this also cannot be an argument for not taking advantage of the cleaner technologies and fuels that have already been made available. That have demonstrated much cleaner potential to help curb diesel toxicity and reduce ambient concentration of toxic particles and gases. That is why it is important to understand why cities like Delhi and the National Capital region, known for early transition to CNG, have continued to stay on the path of CNG even after meeting Bharat Stage IV (BSIV) emissions standards and is poised to meet the Bharat Stage VI (BSVI) standards soon. 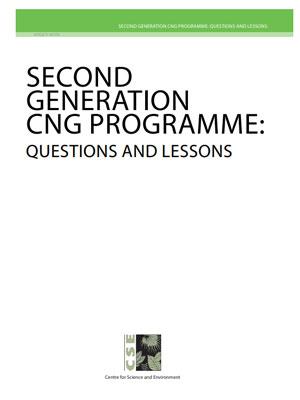