Why is it we cannot get our act together to implement actions against air pollution? 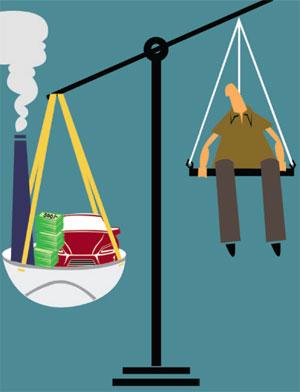 In January 2016, after much hesitation, the Delhi government took its first real emergency action against the deadly smog—it introduced an odd and even scheme to ration the number of vehicles on the road. It is another matter that the scheme was riddled with exemptions and so, unlike what is done in other parts of the world when drastic and surgical action is taken to curb smog, it had limited impact. But what stunned me was the opposition to the scheme—it is unnecessary, inconvenient and un-impactful was the shrill call.

In April, when the Delhi government repeated its experiment (by then more for fame than pollution), the scheme had lost its sheen to the extent that websites that monitor pollution, and even the Central Pollution Control Board (CPCB), defied all logic to say that the introduction of odd-even scheme had, in fact, increased pollution. This is when all data shows that taking cars off the road—even half of them and even without taking off millions of two-wheelers—had some pollution benefits. But these efforts were lost because of crop-burning fires from neighbouring states. It was convenient to dismiss action. Inaction then prevailed.

This is when we know that combustion in vehicles, industry and thermal power plants and garbage burning are the key causes of pollution. Dust is an important source and its control requires enforcement. We also know that the movement of vehicles on roads adds to its re-circulation and when dust is coated with harmful emissions, it becomes toxic. So, dust must be controlled, but surgical action is required for combustion sources.

These sources are known in Delhi, across India and across the world. The solutions are also known. Governments must improve the quality of fuel used in vehicles, factories and in power plants. Ideally, we should be burning natural gas in all hot spot regions of the country as it is much lower in emissions. Then we need improvement in vehicular emission technology. But simultaneously, we must make a mobility transition to public transport so that we can reduce the sheer number of vehicles, which translates into pollution on our roads. We also need to ensure that we manage our garbage in ways that we can segregate it at homes and compost it and process it. We cannot burn it. No rocket science here. The question is why is it we cannot get our act together to implement these actions. Instead, we look for every excuse not to act.

My colleague, Anumita Roychowdhury, and I detail in this special issue of Down To Earth, why India’s tryst with air pollution control has been always contested and never easy.

For instance, take the issue of advancement of vehicular emission and fuel standards. This was a game-changer in the period of early 2000, and will be critical for future action to clean the air in Delhi and across India. But it took the Supreme Court in 1999 to drive down the deadline—against the wills and wishes of automobile companies. Their battery of lawyers told the court that it was unnecessary; inconvenient and un-impactful (ring any bells). But it happened. And as this has countrywide repercussions, it helped reduce emissions across cities.

In October 2016, the Union government notified it will bring BS VI by 2020. This is an advancement over what was earlier scheduled to happen in 2028, and is happening once again against the wills and wishes of the automobile companies. This will be a game-changer, but it will take time. In the meantime, BS IV fuel (with 50 ppm of sulphur as against 350 ppm in BS III) will be available nationwide by April 1, 2017. This is also important because we know that between BS III and BS IV technology, particulate emissions can be reduced by some 80 per cent. Once this fuel is available, then retrofitting old vehicles or even scrapping commercial vehicles can be incentivised. Also, by April 1, 2017, all two-wheelers will have to meet BS IV norms, which are significantly tighter.

But we are already learning that the industry is not prepared to move all its buses and trucks to BS IV by April. Why? It says that it has huge inventories and it will take another six to eight months to make this move. The two-wheeler manufacturers, who were given one full year to make the transition to cleaner technology, say that they are trying their best, but again, have huge inventories to sell. So, deadlines to bring new cleaner vehicles must be postponed, they say. Unacceptable we must say.

I could go on with the list. But enough is enough, is what we must say in unison. Today, the only folks who are benefitting from dirty and toxic air are companies that manufacture masks and air purifiers. It should dismay us that these are the companies that are sponsoring programmes on the hazards of air pollution—this is not the future we want. This is what we must say loudly throughout the year—not just during winters. Then action will happen. Clean air will happen.