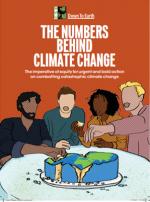 The Numbers Behind Climate Change

We live in the age of climate change—heat waves, extreme weather events, increase in diseases induced by deforestation, floods and snowfall in deserts, unprecedented hurricanes, storms and dr

Fair and Equitable Distribution of the Global Carbon Budget

India should not shy away from discussing HFCs under Montreal Protocol, says CSE

Factsheet: Will the developed world meet their Kyoto Protocol target?

A report by the Netherlands Environmental Assessment Agency says the developed world will meet their Kyoto Protocol target and blames India and China for the increase in global CO2 emissions in 2010. But that is not true. Read the analysis  that brings out the bias in the report Read more

Factsheet: Will the Kyoto Protocol survive?

Countries are likely to debate on the fate of the Kyoto Protocol in the forthcoming Conference of Parties at Durban. How likely is a deal? Read more to find out what are the other issues on the table at Durban Read more

Durban, December 2: As the UN climate change talks enter the 5th day in Durban, tempo in the negotiation rooms is gradually picking up.  While about 50 odd items are being discussed and the chairs of the different groups are trying to piece in the negotiating texts by Saturday, before the high level ministerial segment begins, the Least Developed Countries (LDCs) have proposed a middle-of-the-road solution to keep the climate change talks active. A draft proposal the LDCs submitted advocates a set of parallel treaties that will not only take into account emissions reduction targets for the Annex 1 parties but also for non-Kyoto parties like the United States and emerging economies like China and India.

Words are becoming phrases: Can climate change discourse be ever untangled?

We are midway through the Durban conference and the search for a ‘transparent’, ‘comprehensive’, ‘balanced’, ‘credible’, ‘flexible’,  ‘accommodating’, ‘fair’,  ‘ambitious’ and ‘binding’ outcome is on.