CSE Fellowship Media Briefing on ‘Backs to the wall: Tigers, tiger habitats and conservation’ By: Papia Samajdar Finally, we managed to pull through the much challenged fellowship media briefing on tigers and issues around tiger conservation, and not just pulled through but did quite a good job of it, as it turned out -- gauging from the feedback of the resource people, and of course the journalists who, I believe, need this kind of downpour of information to make them understand the issues in-depth.

The Forest Rights Act of 2006—also known as the Scheduled Tribes and Other Traditional Forest Dwellers (Recognition of Forest Rights) Act—came after considerable and bitter opposition from conservation groups.

On September 24, 2008, the National Tiger Conservation Authority (NTCA) had set up a three-member Monitoring Committee to oversee the village relocation process and ecotourism strategy in Project Tiger reserves across the country.   The members of this Monitoring Committee are: Sunita Narain, chairperson Samar Singh, member Member secretary, NTCA (member convener)

The agenda for tiger conservation is urgent 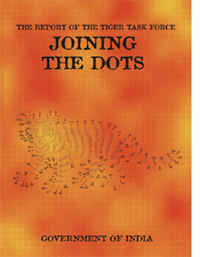 The Tiger Task Force was set up because of a crisis — the knowledge that the nation had lost its tigers from the protected reserve of Sariska in Rajasthan.

Protection of tigers is happening in India against all odds. A Sariska-type crisis haunts every protected area in India - where islands of conservation are under attack from poachers, miners and every other exploitative activity. They are also under siege from their own inhabitants, the people, who live in these reserves and outside the islands of conservation, and who have not benefited from these protected areas but continue to lose livelihood options and face daily harassment. In these circumstances, if the defences are down, protection will fail. The challenge is to ensure that the siege can be lifted so that the tigers can survive.

1411 tigers left. So says the latest advertisement campaign of a new telecom company and the WWF. It is powerful. It plays to our emotions. But it does not tell us what is being done, or should be done. It does not tell us how we, the consuming classes, can be part of the solution to safeguard the tiger.

New Delhi, November 27, 2006: “Setting up a National Tiger Conservation Authority was a key recommendation of the Tiger Task Force, and we welcome this step. The real test begins now: the Authority must have clear goals to be able to make a difference,” said Sunita Narain, director, Centre for Science and Environment (CSE) at a press briefing here today. Narain had headed the Tiger Task Force set up by the prime minister in 2005 to investigate the tiger crisis and to suggest ways to safeguard the magnificent animal.

Recently submitted report says in India, forests are not wilderness but also the habitats of people

Tiger Task Force submits report to prime minister Manmohan Singh Presents an action agenda to save the tiger the Indian way, where forests are not wilderness but also the habitats of people

New Delhi, August 5, 2005: India is protecting its tigers against all odds; the biggest threat to the tiger today is not poaching per se, but a deadly combination of the poachers’ guns and the growing anger of people who live in and around tiger habitats, says Joining the Dots, the report of the Tiger Task Force submitted to prime minister Manmohan Singh today.