The Puzzle of Forest Productivity

This report is an outcome of another report. In 2015, the Ministry of Environment, Forest & Climate Change (MoEF&CC) issued guidelines for the participation of the private sector in afforestation of degraded forests. The guidelines argued that poor productivity of forests has led to a shortage of raw materials to industry. Centre for Science and Environment (CSE) argued against the 2015 guidelines on the ground that the proposal would destroy the flourishing farm-forestry and agro forestry sectors in the country, which are more than capable of meeting the raw material demands of the industries. In its report titled Fumbling with Forests: Why We Should Not Handover Forests to the Private Sector, CSE also flagged concerns that the proposal would convert vast stretches of forest lands into large monoculture plantations that would only be of use to wood-based industries, not the forest-dependent communities or the ecology. 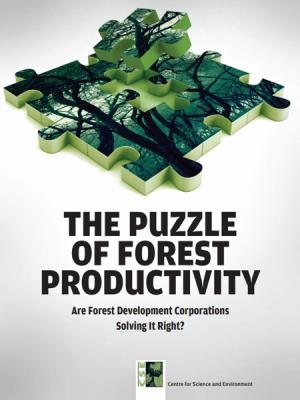