In spite of all the noise about air pollution, we are doing everything to make it worse 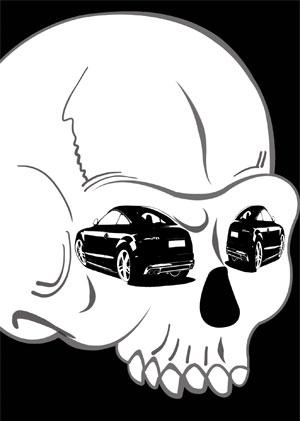 Do not read me wrong. Last fortnight I had said we may breathe easier this winter. This does not mean we will breathe clean air. I meant compared to last winter air pollution would be lower because of the actions taken. But because the levels are so high, it does not mean we go easy on our common outrage against pollution, or slow down the actions that are needed.

Last winter, 53 per cent of the days of November were in the severe plus—public health emergency level; 32 per cent of December and 45 per cent of January. So, really dangerous and really toxic. This winter we can hope for less of such very toxic days. But air quality is still in the very poor or severe category and this will stay unless we do more—and drastically.

So, now what? What should be the plan to bring down these levels. I classify the needed actions into four categories—immediate and urgent; long-term but necessary to start immediately; necessary but difficult to implement and difficult but not impossible to do.

Start with the immediate category. The fact, in spite of all the noise about air pollution, we are doing everything to make it worse. Today, dirtiest fuels are exempt from tax; while clean fuels are not. Under the Goods and Services Tax (GST), industries that use furnace oil type fuel-dirty and toxic-are given a full refund. But as natural gas is left out of GST, it means that if industrialists even want to do their bit for clean air, they cannot. Natural gas is taxed heavily and no refund is possible. So, where is the choice to go clean?

Then, we are importing the world’s dirtiest fuel, pet coke, from the US—which has banned its use because of domestic pollution concerns—as if we have no problems of our own. China has stopped importing this fuel. But we allow it under Open General License. Three years ago, we imported some 6 million tonnes of this refinery by-product and last year, till March end, we had upped this to 14 million tonnes. This, combined with our domestic production of some 12-14 million tonnes, means that we are easily beating even China’s heavy use of this fuel in their pollution heydays.

No step has been taken to stop the use of this fuel or to set emission standards for it that will control pollution. Instead, this fuel is cheaper as it is under GST. So, why are we surprised that pollution continues to kill us and not even softly.

Then there is the long-term, but immediate agenda. It is a fact that automobiles are the biggest contributor to pollution and most importantly, diesel emissions are carcinogens. Currently, the effort is to reduce pollution by first improving emission standards and fuel quality and then tightening procedures for checking tailpipes of vehicles on road. But none of this is enough. The fact is that even as we reduce emissions from each vehicle, we add many more on the road—negating all impacts. This, given the fact that so much of India still has to buy and use vehicles, means that pollution will be inevitable.

The only way ahead is to ramp up public transport at a massive scale. But frankly, this is where nothing is happening. Delhi has not added a single new bus in the past few years; there is no movement on intercity public transport in the National Capital Region (NCR); there is just no effort to build roads for pedestrians or cyclists. No last mile connectivity. None. Zilch. This is where we are failing completely.

I put dust from roads, construction and burning of garbage in the necessary but difficult to implement category. The fact is mechanical sweepers will not be the answer when every second road is either dug up or just does not exist. City governments have to get their act together, not in winter months but before, and all the time, to fix this. The same with garbage burning. We can try and put out some big fires because of extra vigilance, but it is a fact that we have no system for management of garbage in our cities that will not involve a fire. If a city has a waste dump—like Delhi—then it will be on fire because combustion will happen in these places. If a city does not have a waste dump—like most of NCR—then the easiest solution is to collect garbage, dump it and burn it. Our garbage needs a full solution that segregates and processes waste. No half measures will work.

Finally, there is the problem of crop burning from neighbouring states of Punjab, Haryana and Uttar Pradesh. This problem is solvable, but it is crying for a solution that will give farmers an alternative use for their crop residue. This is where we need to find a big answer and then get it implemented. Again, no amount of beating our chest will work. We need solutions. We need action.

Air pollution will not go away, till we can make these answers work. There are no quick fixes here. Just tough solutions for a tough problem.