Uganda Improving the State of Sanitation

Over 75 per cent of Uganda’s population lives in rural areas and has access to unimproved sanitation. While the number of people practising open defecation reportedly fell in 2000–17, studies show that this only means that people have transitioned to using any kind of toilet—even if it is not safe—resulting in contamination of water and soil.

Only 40 per cent of Uganda’s population has access to safe water. According to the latest government report, 8 lakh children under the age of five died in 2018–19 because of diarrhoea. Uganda loses UGX 389 billion annually (equivalent to US $177 million) due to poor sanitation. Since pit toilets—mostly of the traditional type—are the preferred sanitation option in many parts of the country, emptying and safe disposal of faecal sludge is a major concern. According to several reports, faulty toilets contaminate groundwater and springs in nearby areas. 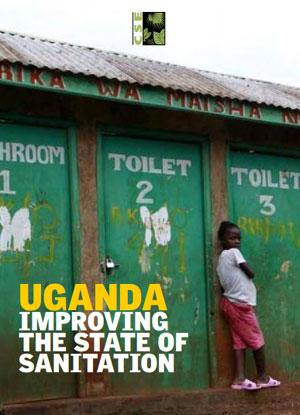