Lucknow, December 5, 2016: Economic progress and rampant and unregulated development is turning India’s rivers and streams into sewers due to excessive pollution, especially from urban settlements. India’s ambitious Swacch Bharat Mission has targeted 400 cities to become Open Defecation Free (ODF) by end of 2016. However, the process to achieve a “swachh Bharat” cannot afford to ignore interventions that focus on effective faecal sludge management.

With this as the premise, Centre for Science and Environment (CSE) in partnership of Swachh Bharat Mission (SBM), Ministry of Urban Development and National Mission for Clean Ganga (NMCG), Ministry of Water Resources for River Development and Ganga Rejuvenation, Government of India are converging to support the ‘Capacity Building Initiative on Citywide Sanitation for Urban Local Bodies (ULBs) in the Ganga Basin States’. Cities in this belt are struggling to overcome challenges of human excreta management, resulting in the pollution of major rivers and streams.

To address the above gap, CSE and the Uttar Pradesh Urban Development Department have partnered to provide handholding support to cities for preparing their city-wide sanitation plans with effective septage management. The initiative aims to build capacity of municipal functionaries from the cities of Bijnor, Gangaghat, Ramnagar and Chunar in Uttar Pradesh along with six other cities in Bihar and West Bengal. The alliance launched this partnership here with a three-day training workshop from December 5-7, 2016. This is the second handholding training programme for city officials to help them prepare city sanitation plans (CSPs) with focus on effective septage and faecal sludge management. 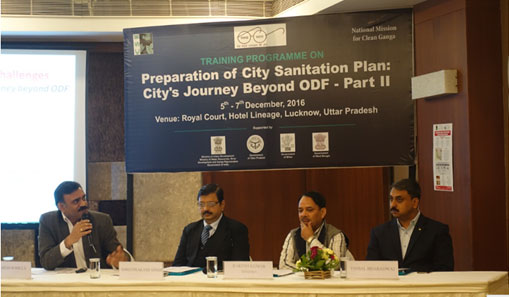 Addressing the workshop, Suresh Rohilla, Programme Director – Urban Water Management, CSE, said, “90% of onsite sanitation systems in Ganga basin towns and cities are contributing septage and faecal waste which is untreated and improperly managed. The situation is grave in Chunar, Bijnor, Ramnagar and Gangaghat, where almost 100% of the septage and faecal sludge generated is untreated and unscientifically disposed of.” 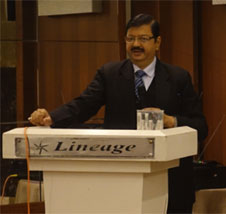 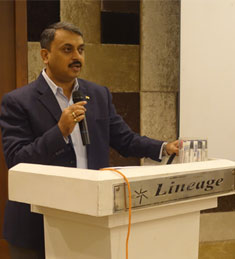 Cities have shown commitment to plan strategically to achieve the preparation of CSPs where the process has been initiated. This includes forming their city sanitation task force and identifying key issues in the city’s sanitation sectors.