This year, more than ever before, has been tumultuous, both in terms economic politics and nature’s art 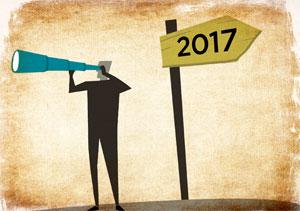 In this last fortnight of 2016, there are reflections on our yesterday and coming tomorrow. This year, more than ever before, has been tumultuous, both in terms economic politics and nature’s art. It tells us that something must give; something must change drastically so that our tomorrow is different, better and more secure.

Just think of our yesterday; about Brexit, the election of Donald Trump and the erratic weather that devastated homes and farms of the poor across the world. Tomorrow will be worse. What we could have achieved with less effort yesterday will take even more tomorrow. Today, Delhi is horribly polluted. We know that. But what we don’t realise is that politics and nature are changing so fast that actions that would have worked some days ago, now seem futile.

Let’s understand Delhi’s plight. Today, it cannot be said that the government is not cognisant of the deadly problem of air pollution. It is in everybody’s face, eyes and nose. In the last year, fuel and emission standards were revised upwards (impact of this will be seen in a few months when the country moves completely to Bharat Stage IV). In addition, coal-based power plants have been shut down; efforts are on to control other sources such as trucks that enter the city, garbage burning, road and construction dust. But it is also clear that these actions are being negated by changes in weather patterns that are creating unusual dense fog.

Today, even as I write this, the view outside my window is white, filled with something that looks like smoke. The satellite image shows a heavy cloud, looking like a sheet of snow, over entire north India. The meteorological department says this is “unusual” but links it to a deep depression in the Bay of Bengal. They say, this time, easterlies—light but moist winds from the east—are blowing as against westerlies, which bring cold but dry weather. All this has contributed to the dense fog.

The fog turns into smog as pollutants are trapped by moisture. Without wind there is no dispersal, so Delhi coughs and wheezes and misses many heart beats. It is then clear that the actions already taken will not be enough. The smog alert system that has been designed by the government and my colleagues and I at the Centre for Science and Environment lays down the steps to be taken as pollution increases in the city. So, as we go from grade 1 to grade 4, which is now called public health emergency, the crackdown has to be severe. But as the wise judges of the Supreme Court, listening to this matter, had rightly observed, all this might not be enough. Maybe we need to “shut down” the city. It is clear that nature is not in a mood to give us leeway to be lazy, inefficient or just do business as usual. It is telling us that we have no time to get things wrong. We need to take drastic actions—now.

The same cyclonic activity that is leading to the dense fog in north India is, on landfall, expected to bring torrential rain and havoc in south India, including parts of Tamil Nadu. This cyclone called Vardah should remind us of the devastating floods that hit the city of Chennai around this time last year.

In 2015 around this time, I had written about three distinct developments in our world and how all were interconnected. The first was the just-concluded Paris climate conference, where a weak, unambitious and inequitable agreement had been signed. The second was the submerged city of Chennai, which showed up our vulnerability to increasingly weird and intense weather. And the third was my city of Delhi, which was gasping for air. I wrote that the lesson of 2015 was that environmental issues cannot be ignored if we want to secure life and health; development has to take a different path. And that since we live on a planet where warming is unleashed, unbridled, what we do must be done at an extraordinary speed.

That warning is coming true. 2016 has seen extraordinary events that have shaken our world. The election of Trump or the breakdown of liberal and secular democracy in the rich world tells us that an ominous dissent is growing against what was considered a successful economic growth model. It pushes against globalisation. It also pushes for increasing consumption which is bad news for climate change. We are going the wrong way, even as nature is sending us signal after signal to correct our course.

In India, we are seeing similar dissent. This year has been the year when the so-called rich and “forward” wanted to be called “backward”. In different parts of the country, the land-owning class has increased protests, saying it is being left behind. In a country, where the poor are really poor and marginalised, this is an irony difficult to miss.

So, once again, as we close 2016 and move towards a new year, heed the warning signs. This is no longer tea-leaf reading our future. The future is here.