This year, more than ever before, has been tumultuous, both in terms economic politics and nature’s art

Let’s leave for the moment the questions why these extreme weather events are happening in our world with greater frequency and intensity. Let’s discuss what we need to do

This is our season of despair. This year, it would seem, the gods have been most unkind to Indian farmers. Early in the year came the weird weather events, like hailstorms and freak and untimely rains that destroyed standing crops. Nobody knew what was happening. After all, each year we witness a natural weather phenomenon called the Western Disturbance, winds that emanate from the Mediterranean and travel eastward towards India. What was new this year was the sheer “freakiness” of these disturbances, which brought extreme rain with unusual frequency and intensity.

Promise me the monsoon

Why this weird weather? Why have western disturbances—the extra-tropical storms that originate in the Mediterranean and Atlantic seas—been lashing us again and again, with devastating impacts on agriculture? Is this normal? Or has weird weather become the new definition of normal? 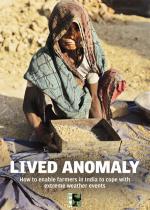 The floods in the Himalayas have been ferocious and deadly. Fears are that the final body count could run into several thousands. There is no clear estimate of the number of villages wiped out, property destroyed, roads washed away and hydropower projects damaged in the mountain state of Uttarakhand. The mountains are bleeding and its people have been left battered, bruised and dead.

During my weekly conversation with my sister I told her about the unusual searing heat this June, the problems of power cuts and how we are coping in India. She, in turn, told me that in Washington DC, where she lives, there was a terrible storm that damaged her roof and uprooted trees in her garden. They were fortunate that they still had electricity, because most houses in the city were in the dark. She also said it was unbearably hot because the region was in the grip of an unprecedented heat wave.

How to rewrite the Durban script

It’s that time of the year again. Climate change talks are heating up, with the next conference of parties scheduled in Durban in end-November. There is heat but no light. The negotiations are stuck despite the clear signs of climate change: dangerous and potentially catastrophic extreme weather events.