Usually, farmers expect rain February onwards, and tolerate even the odd hailstorm or two. The rain is well spread out in time, a light drizzle or a moderate downpour. It is very good for the rabi crops farmers have sown (the rabi season is one of two major agricultural seasons in India, and stretches from December/January to April. The other season is kharif, between April and October). The weather in the rabi season of 2015 was immensely irregular, as described in Chapter.

What propelled the Centre for Science and Environment (CSE) to put this report together-in a way, forced our hand-wasn’t merely the degree of irregularity in 2015. It was also that 2015 was the third year in a row when the rabi season was thrown out of kilter in large parts of India by deviant weather. 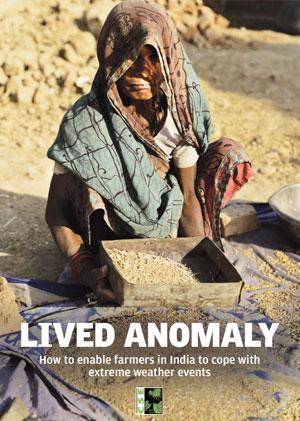