Agra, located on the western bank of river Yamuna, 206 km south of the national capital New Delhi, is a culturally rich and historically important city. It is home to as many as 48 protected monuments (as per Archaeological Survey of India’s classification). The very thought of Agra reminds us of the Taj Mahal, one of the seven wonders of the world and a universal symbol of love. Agra is a popular national and international travel destination, receiving more than a million tourists every year.

The city is the headquarter of the Agra district of the state of Uttar Pradesh. Agra Municipal Corporation (AMC) has jurisdiction over the entire city minus the area under the Cantonment Board. Besides being a prominent tourist destination of India, being centrally located on the national map, Agra forms an important regional urban centre. Agra is a Class I town. The city stretches over about 9 km along the Yamuna River. A major part of the city is on the western side of Yamuna and is called cis-Yamuna, while the newer part to the east of the river is termed trans-Yamuna. 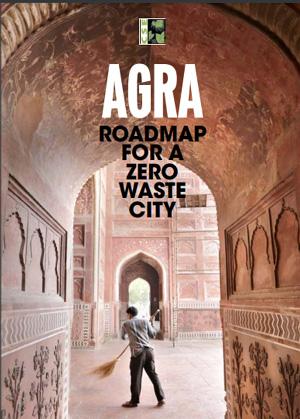