Bottom to the Fore

Sub-Saharan Africa is, geographically, the area of Africa that lies south of the Sahara desert. It consists of most of the continent—52 countries and island states, excluding only the northern-most African countries of Algeria, Egypt, Libya, Morocco, Tunisia and Sahrawi Arab Democratic Republic. The population of Sub-Saharan Africa is 1 billion, of which around 63 per cent live in rural areas. The proportion of the population in this region with access to drinking water and sanitation is the worst in the world. Only 28 per cent people have access to basic facilities of sanitation. According to a report by Water Aid,1 the ten worst countries in terms of access to sanitation are all situated in Sub-Saharan Africa. Children in the region are 14 times more likely to die before the age of five compared to children in developed countries, mainly from diseases like diarrhoea which are caused by unsafe drinking water and poor sanitation. The report also says that one among every ten girls misses school during menstruation in the region.

Sub-Saharan Africa has missed Target C—to halve, by 2015, the proportion of people without sustainable access to safe drinking water and basic sanitation—set under Millennium Development Goal (MDG) No. 7, by a wide margin. According to a 2017 report of the Joint Monitoring Programme (JMP) of the United Nations International Children’s Emergency Fund (UNICEF) and the World Health Organization (WHO),2 31.9 per cent population in the region practices open defecation and around 62.7 per cent still lacks any facilities of hygiene. The same report further points out that the region rarely shows evidence of safely managed sanitation. The progress of sanitation and hygiene coverage in rural areas is worse than in urban areas. This is despite the fact that there has been substantial national interventions and international assistance in these sectors.3 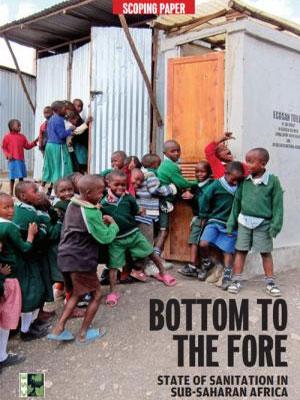