A hard-hitting expose by CSE on how the pesticide industry connived with government officials and scientists in Kerala to successfully lift the ban on a deadly pesticide. At stake here is the integrity of the state government's decision-making for generations far into the future. It not only spells irreparable harm for the residents of Kerala, but also makes a mockery of public health concerns.

New Delhi, June 28, 2002: A recent confidential report by the National Institute of Occupational Health (NIOH), Ahmedabad, has unequivocally blamed endosulfan, an organochlorine pesticide, as the reason for the unusually high cases of disease and deformity in Kerala's Kasaragod district. Endosulfan is either banned or restricted in many countries.

When Down To Earth first broke the story in February 2001, both the Union and the state governments imposed a ban on the spraying of the deadly pesticide in Kerala. But shockingly, the Kerala government lifted the ban on March 22, 2002 based on two industry-sponsored studies - one by the Fredrick Institute of Plant Protection and Toxicology (FIPPAT) in Kancheepuram, Tamil Nadu, and another by the Kerala Agricultural University (KAU).

Surprisingly, both these reports did not find any trace of endosulfan residue - even though these samples were collected within a few months of the last aerial spraying (done by Plantation Corporation of Kerala since the mid-1970s on its cashew plantations). However, the NIOH study, conducted 10 months after the spraying, found conclusive evidence of endosulfan residues in water and blood samples collected from Kasaragod. 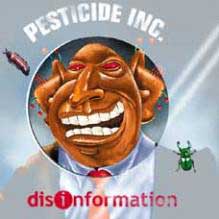