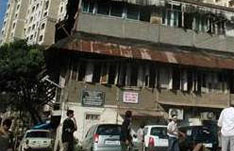 Hell broke lose when the Union Ministry of Environment and Forests issued the January 19 2009 draft notification of Environment Impact Assessment (EIA) rules to exclude construction projects including the housing projects, commercial and retail construction that are less than 50,000 sq. mt.

In face of strong public criticism and also protests from the state governments the environment ministry had to back track and eventually drop this recommendation. As there are very few projects that have area above 50,000 sq meter meant that virtually the entire building sector would move out of the pale of the EIA regulations. In fact, nearly 90 per cent of the building plans sanctioned could go off the list thus numbing the effect of the regulations.

Even with the existing limits the project proponents are unable to provide proper environment management plan. Under the current legal and regulatory framework the large construction projects are in any case not assessed from the perspective of the resource adequacy – adequate drainage, ground water availability, waste disposal capacity, impact on available transportation system, road infrastructure, parking requirement among others. Neither the regional plans nor the master plans comprehensively include these.  On the contrary, the state government are wilfully relaxing the building norms by increasing the FSI/FAR limits without assessing the impact on the resource base and the environment.   The amendment would have provided easy exemption to almost projects.
Even the existing limit of 20,000 sq meters is violated rampantly as the project proponents seek project clearances in phases with each phase less than 20,000 sq meters and thus dodge the environmental clearances.

The industry was however euphoric. In fact, CREDAI (Confederation of Real Estate Developers Association of India) an association comprising all big players of India like Reliance, Tata, Bharti, Godrej, DLF etc had taken up cudgels against EIA rules on buildings since the 2006 amendments when all the projects which were between the range of 20,000 sq. mts to 1,50,000 sq. mts were brought within the net of EIA. The association had submitted their memorandum to the Prime Minister’s Office (PMO) which was the direct authority to monitor the MoEF (Highlights of the petition submitted by the construction group association)
But during the consultation process on the proposed amendment the civil society and some of the key state governments including Haryana, Andhra Pradesh, Madhya Pradesh criticised this proposal and sought its rejection. Haryana even pointed out that the National Capital Region of Delhi will require even stricter controls as this had already become a dark zone due to depleting ground water levels. But the Union Ministry of Urban development supported this amendment.

This proposal then was only a logical conclusion to the process of dilution that had started with the 2004 amendment. Since then the rules have successively diluted (see box How EIA provisions on buildings have evolved).

While all this criticism helped to stop the amendment from going through the general provision on the buildings remained weak. The EIA requirements for the building industry are not as rigorous as the rest of the industry. Building industry is not required to conduct an extensive detailed EIA but instead fulfil certain requirements of furnishing basic information about their resource use according to the items listed in the Form 1 & Form 1A of the EIA rules for the clearance from the ministry or the ministry appointed state level authorities like the SEAC for each state. The new construction projects or expansion and modernization of existing projects or activities shall require prior environmental clearance from the concerned regulatory authority. The project matter in the schedule falling under Category ‘A’ will require clearance from Central Government in the Ministry of Environment and Forests and at State level the State Environment Impact Assessment Authority (SEIAA) for matters falling under Category ‘B’ in the said Schedule, before any construction work.