Training programme on Environmental Impact Assessment in Buildings and Neighbourhood

The Biology Department of Ambo University conducted a one-day seminar on EIA for Sustainable Development on March 20, 2015 . The programme was supported by Centre for Science and Environment (CSE), New Delhi, India, by providing two of their resource persons for lectures. The programme was attended by over 100 participants. 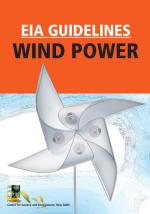 EIA review of a coal mine and washery in Raigarh - Upcoming public hearing!

Centre for Science and Environment carried out the technical analysis of the EIA-EMP report of Gare Pelma Block III coal mining and washery. This was on a request from Raghubeer Pradhan of Ekta Parishad. The project is to come up in the Mand-Raigarh coalfields in Raigarh district of Chhattisgarh.   Read the review:

Centre for Science and Environment (CSE) carried out a technical analysis of the EIA report of the expansion project of thermal power plant of M/s Korba West Power Company Limited. The analysis was carried out on the request of Raghuvir Pradhan of Ekta Parishad. The public hearing for the project was scheduled on February 9, 2012.

Centre for Science and Environment (CSE) analysed the EIA report of the proposed expansion of a ferro alloy plant and captive thermal power plant. The plant belongs to MSP sponge Iron Limited with capacity of 63,000 tonnes per annum (TPA) of silico manganese  and 92,475 TPA of Ferro manganese proposed to come up in village Manuwapali of Riagarh district in Chhattisgarh. Raghubeer Pradhan of Ekta Parishad approached CSE to carry out a technical review of this EIA for the public hearing of the project on December 16, 2011. 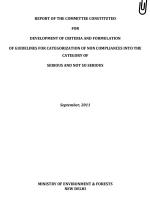 The Ministry of Environment and Forests constituted a committee under the Chairmanship of Shri J.M. Mauskar, Special Secretary to Government of India vide Office Order No.J-11013/30/2009-IA.II (I) (Pt.) dated 14th December, 2009 to examine the issues relating to monitoring of projects. 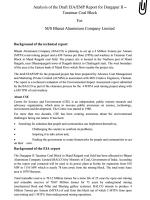