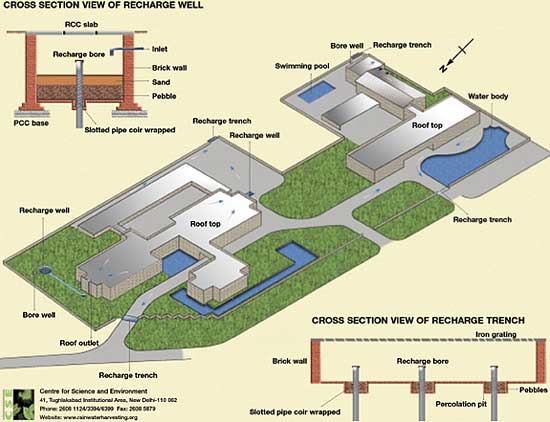 This is 85 per cent of total rainwater harvesting potential.

WATER SUPPLY SOURCE
The organisation's water requirement is fulfilled by two tubewells and is supplemented by Municipal water supply. Approximately 15,000 litres of water is used for potable and non-potable purposes.

Rooftop rainwater and runoff water from paved and unpaved areas:

Surface water harvesting:
Surface runoff from paved and unpaved sources and part of the rooftop rainwater are trapped by constructing recharge troughs near Gates I, III, V and VI. These troughs are 5m long, 0.7m wide and 1.5m deep. Each trough is provided with recharge bores that are 100mm in diameter and 5m deep.

Implementation of the system was completed on November 2000 and the water level on February 2003 was recorded at 9.80m below ground level (bgl).

The cost of the entire rainwater harvesting system was Rs 4 lakh. 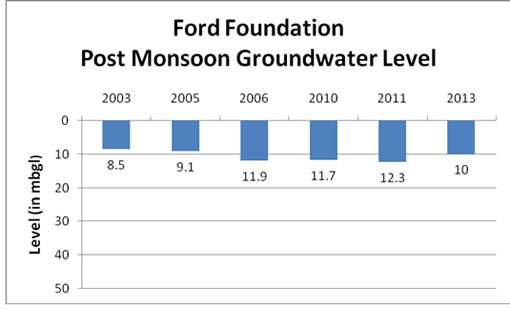