Ensuring citywide sanitation is challenging and needs involvement of various actors, agencies, city officials and experts in areas such as urban planning, sanitation, technical infrastructure and financing. One of the main issues in enabling city wide sanitation is lack of awareness and good City Sanitation Plan (CSP) with details on capital investments, adjustments of by-laws, adequate administrative structures and local expertise.

For more details regarding the training and presentations of the sessions visit below websites. 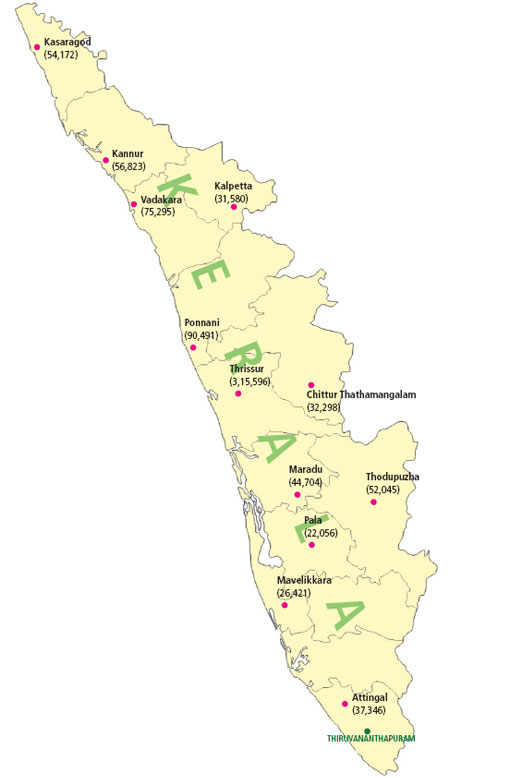 Participating cities (and population) of Kerala in the CSP training.