Coal is the mainstay of the global electricity supply, accounting for nearly 40 percent of the world’s total. Despite recent growth of renewable energy in major economies, coal continues to be the leading contributor due to its wide availability and the competitive price of coal-based electricity generation.

However, coal has also contributed significantly to increase in pollution. The International Energy Agency (IEA) estimates that in 2015 electricity generation contributed nearly one-third of the global sulphur dioxide (SO2), 14 percent of the nitrogen oxides (NOx) and 5 percent of the fine particulate matter (PM2.5)emissions. Coal-based plants alone are estimated to account for three-fourths of the power sector’s SO2, 70 per cent of its NOx, and over 90 per cent of its PM2.5 emissions. But the last decade has seen some positive developments. IEA estimates that during 2005–15, global SO2, NOx and PM2.5 emissions from the coal-based sector decreased by 55 percent, 34 percent and 32 percent respectively, even while the power generation increased by 34 percent. Introduction of stringent pollutant emission norms across major countries was responsible for this change.

Developed countries like the US, Japan and in Europe introduced emission control standards during the 1970s, which were made more stringent in recent years. The objective was to balance the need for development of the power sector with the goal of maintaining environmental sustainability. Initially, these regulations focused on PM emissions control and were later expanded to include SO2 and NOx emissions controls. These standards acted as the prime driver for installation of pollution control technologies across existing and upcoming power plants along with the use of low-sulphur coal.

In recent decades, emerging economies have significantly increased their coal based power capacity. Several emerging economies are also facing significant deterioration in their air and water quality. As a result, some countries have begun to take serious policy steps to control emissions from power plants. 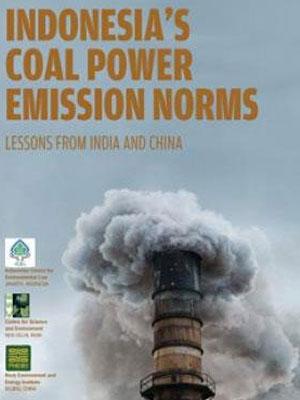