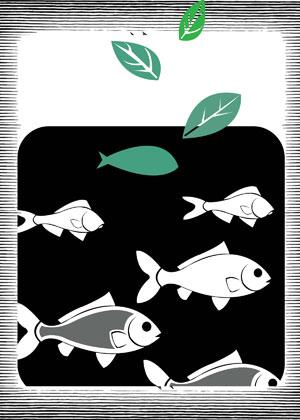 In India, change is by its very nature slow. But when nature is bringing a change, it is rapid and shattering. Indians are used to going from one cycle of devastation, caused by droughts, to another, brought on by floods. But each year, these cycles are getting longer and the space between the two shorter. While the droughts are becoming more pervasive, floods are coming faster and with even more deadly impact.

Just think. Till the end of June, large parts of the country were under drought. Now the same regions are submerged. The spectres of drought and flood seem enjoined. At any time we seem to be in the grip of one crisis or another. Both take lives, and most importantly, shred the development dividend to bits by destroying assets and livelihoods. If any government succeeds in taking people out of desperate poverty, then one such event shoves them back again. It thus makes rebuilding, not growth, the basic task.

We are just not getting our water management right. In this age of climate change, rain will be more variable and more extreme. We know that, therefore, we need to plan for both the scarcity and the plenty of water. This means doing all we know that has to be done to protect waterbodies and provide drainage, but with great deliberateness. But for all the big talk our waterbodies are dying. They are choked with filth or filled with earth to make land. How, then, should we protect these against all odds?

My trip to Jharkhand to see the work of the government, not on water but on fisheries, showed me what is possible. It brings me hope. This government programme called Matsya Mitra has nothing to do with waterbodies. It is about training people to rear fish and, thus, provide them employment and some income. But its potential is enormous as I found during my travel to villages. A village pond is now a source of income. People benefit from its protection.

The objective of the programme, as explained to me by its director Rajiv Kumar, is to improve the productivity of fisheries. This time, in addition to using reservoirs, the department decided to do fish rearing in its many village ponds. This decentralised water needed decentralised management. People had to do this, so the government decided to impart training on how to stock and rear fish. In the training centre I visited, I met women, illiterate but resource-smart. They were all learning spawning and marketing methods. Some women I met were even cultivating expensive aquarium fish in their houses. I asked them how they would sell the fish. They had it all planned. The government was also helping them by providing loans for small vehicles that would ferry this perishable item to the nearest market. It was working.

As a result of this initiative, the state’s fish production has doubled since the mid-2000. When I visited the state in 2015, it had over 88,000 trained fishers enrolled in this programme and some 3,600 matsya mitras—the cadre of voluntary “friends of fish” who have been trained by the fisheries department and provide services to the community to improve ponds’ fish productivity.

But what really excited me was the potential of this venture. Fish production was possible only if the waterbody were protected. In fact, the first thing the fisheries department did was to physically survey the ponds, tanks and watershed structures in Jharkhand. It found that the state had some 100,000 tanks, covering more than 55,000 hectares. Each village was mapped for its waterbody. An interesting observation was that some 80 per cent of the waterbodies were privately owned. But they were found to be poorly maintained, getting filled with mud and garbage.

This changed when the tanks became production centres. The fishers I met told me they earned Rs 50,000 at the minimum from a small tank of less than half a hectare. This income could go up to over a few lakh rupees annually. So they have an economic interest in protecting the waterbody. In most cases, I learnt that the people trained in fisheries would lease the tank from the owner. If the tank was owned by the community, cooperatives were formed, with rules to return part of the income to the community.

The key to the success of this venture lies in improving the productivity of small natural resource assets. It requires careful planning to ensure that skills are imparted and marketing support is provided. In this way livelihoods are secured. This Amul-type fisheries model, where small producers engage in a large-scale economic activity, is an important model in the development laboratory of India. It provides employment, but also water security. The network of rejuvenated tanks will mitigate against both floods and drought. So this model needs to be promoted, nurtured and scaled up.

This is also exactly what adaptation to climate change will mean in our weather-uncertain future. This is the lesson of Jharkhand’s fishers.