Nigeria: Improving the State of Sanitation

Nigeria, with a population of 191 million, was ranked with the second-highest number of open defecators after India in the world till 2 October 2019, when India declared itself open-defecation free. Fifty per cent of Nigeria’s population is poor and the country is now fighting to pull the country out of poverty and poor water, sanitation and hygiene (WASH) conditions. In November 2018, the Nigerian government declared an emergency in the WASH sector. According to reports, about 47 million people defecate in the open and 100,000 children below the age of five years die annually as a result of unsafe water supply and sanitation in Nigeria. The country loses almost Nigerian Naira 455 billion every year due to unimproved sanitation.

The poor are the worst sufferers. Undigested faecal sludge emptied from pits and septic tanks is mostly buried or dumped, and wastewater flows though villages freely, contaminating soil and groundwater.

In spite of Nigeria’s progress in sanitation, it needs to work on safe containment, emptying, transportation, treatment, and disposal or reuse of faecal sludge and wastewater. Effective guidelines and bylaws aligned to this should be framed. This document addresses these aspects in the Nigerian context. 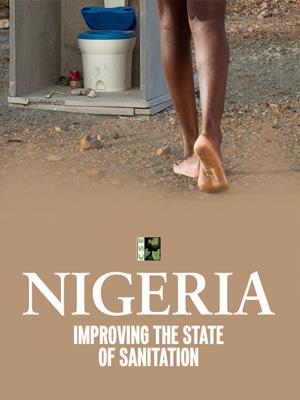