A City Sanitation Task Force (CSTF) is a multi-stakeholder and multi-sectoral body working in conjunction with City Sanitation Plan (CSP) to achieve the wider aim of citywide sanitation. CSTF Bijnor meets every quarter of the year to discuss the progress on the implementation of CSP. The members in the meeting also critically review the activities and tasks decided in the previous meeting and discuss on the action plan for next quarter. 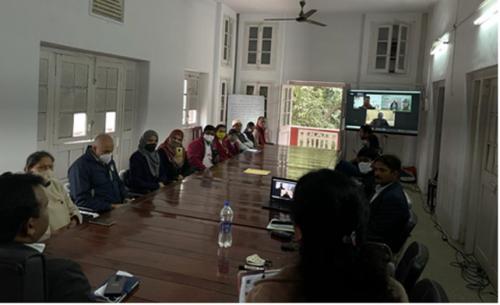 Proceedings of the meeting

The meeting started with the award ceremony held for distributing the prizes for the winners of poem competition held in Bijnor under Ganga Utsav 2021. There were six winners under two categories viz, 11-15 years and 16 to 20 years. Mr Manoj Kumar Singh, Executive Officer BNPP awarded the prize money and certificates to the winners. After the ceremony CSE Dr. Sumita Singhal (Programme Manager, CSE) and Harsh Yadava (Senior Research Associate, CSE) presented the agenda before the CSTF members and briefed them about the priority tasks.  A brief review of the actions taken on the commitments made in the 8th CSTF meeting was presented by CSE-TSU. Mr Govind Chowdhary, Sanitary and Food Inspector (SFI) and Mr Amit Gautam, Assistant Engineer (AE) briefed about the shortfalls and achievements despite the challenges faced due to the pandemic.

Following points and commitments were made on the agenda of the 9th CSTF meeting: 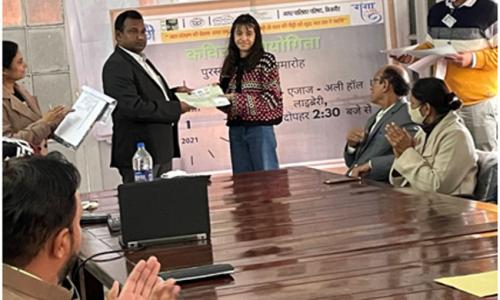