In March 2015, District Mineral Foundation (DMF) was instituted through an amendment under India’s central mining law-the Mines and Minerals (Development and Regulation) Act (1957)-with a precise objective to ‘work for the interest and benefit of persons, and areas affected by mining-related operations’. Conceptualized about a decade ago to address the ironic inequality of India’s mining districts, where the richest lands are inhabited by some of the country’s poorest and most deprived, DMF came into effect to remove such inequality and ensure socio-economic and environmental justice for these people.

The law requires DMF to be developed as a Trust that would function as a non-profit body in every mining district. Further, recognizing that people’s relevance and participation lies at the core of this institution, the objective and functioning of DMF has been tied to three primary laws of the land— the constitutional provisions as it relates to Fifth and Sixth Schedules for governing tribal areas, the provisions of the Panchayats (Extension to Scheduled Areas) Act (PESA), 1996, and the Scheduled Tribes and Other Traditional Forest Dwellers (Recognition of Forest Rights) Act, 2006—in short the Forest Rights Act (FRA). 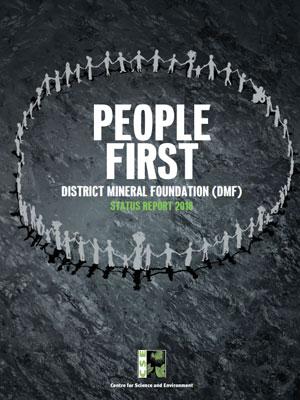