Ministry of Power had committed to the Supreme Court that the plants will meet the norms by December 2019. CSE analysis says only one-fourth of the capacity will manage to do so

New Delhi, February 18, 2019: A new survey and analysis done by Centre for Science and Environment (CSE) says coal-based power plants in Delhi-NCR may not be doing their bit to improve Delhi’s air quality. One of the contributors to the toxic cocktail in Delhi’s air, these power plants are still far away from meeting the pollution control norms, the deadline for which is December 2019. These norms / regulations were announced by the Ministry of Environment, Forest, and Climate Change (MoEF&CC) in December 2015 and have already been extended by two years for power plants in the Delhi-NCR region.

Given the serious state of non-compliance by the plants even after three years, the Ministry of Power had filed an affidavit in the Supreme Court committing to the new timelines.

CSE had assessed the sector’s compliance preparedness in July 2018 and found that most plants had not even conducted preliminary due diligence to assess pollution control needs to help them meet the norms. It did the second survey and analysis in February 2019 and found that the situation remains the same.

Some of the key findings:

Says Chandra Bhushan, deputy director general, CSE: “This lack of progress is unconscionable. Despite the pressure of the Supreme Court, more than three-fourths of the installed capacity in the region is in no position to finish the implementation process by December 2019. This reflects a lack of will by the government to ensure compliance with regulations that it had announced. Regulators must take meaningful action in the region to ensure that a strong message goes out across the country.”

Coal-based power plants totaling 13.2 GW operate within 300 km of the National Capital Territory of Delhi and are a significant contributor to Delhi’s air pollution. Currently, these stations emit 57 tonnes/day of particulate matter (PM), 686 tonnes/day of SO2, and 304 tonnes/day of NOx. “With abatement steps in place, power plant emissions will reduce by 29 per cent for PM, 66 per cent for SO2, and 21 per cent for NOx. Complying with the new norms is, therefore, critical to improve Delhi’s air,” says PriyavratBhati, advisor (energy), CSE.

The CSE survey revealed several challenges to the implementation process.

CSE has urged the government totrack the progress in implementation to ensure compliance by the deadline of December 2019. Its key recommendations are:

For access to the CSE surveys and other material, please contact Sukanya Nair of The CSE Media Resource Centre, 8816818864 / sukanya.nair@cseindia.org 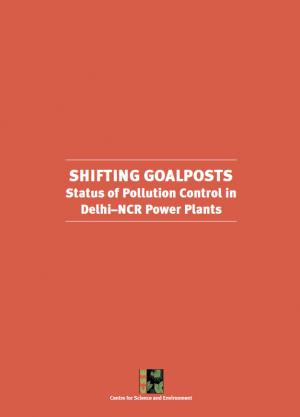