Solar thermal power and applications are being ignored in today's world of cheap photovoltaics: CSE 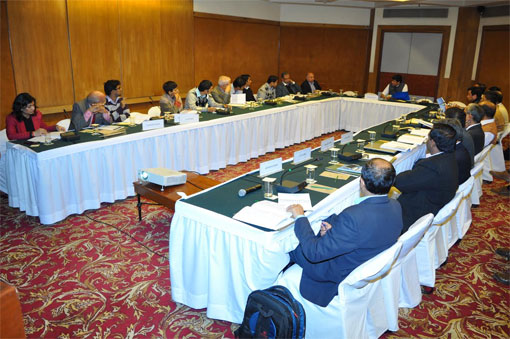 New Delhi, February 4, 2016: Solar thermal has many applications where the heat of the sun is directly used for many industrial, residential and commercial purposes – but it has not yet found much support in the country. The installed capacity of CSP in India is a mere 200 MegaWatts (MW); solar photovoltaics (PV), on the other hand, have an installed capacity of almost 5,000 MW.

In an effort to understand why the solar thermal sector has not been encouraged for power generation and other applications, Centre of Science and Environment (CSE) organised a conference here today titled ‘The forgotten solar: Solar thermal and its development’. CSE’s report, State of concentrated solar power in India, which focuses on formulating a roadmap for developing solar thermal in the country, was presented and discussed on this occasion.

In the residential sector, the most prominent solar thermal application is solar water heaters that can be installed on any rooftop. In the case of industries, solar thermal can lead to huge fuel savings. It is estimated that over 15 million tonnes of fuel oil is consumed annually in industries for process heat applications below 250°C and over 35 million tonnes of fuel oil for above 250°C. Solar thermal has the potential to displace these fuel consumptions. But lack of awareness and expertise in the technology has obstructed the development of this sector. Another reason is the cost: the cost of installing 1 MW of CSP is more than double that of PV.

Chandra Bhushan, deputy director general, CSE emphasised the need for a coherent plan of development for this sector: “In the interim where solar thermal power generation is not financially feasible, solar thermal applications for industries should be promoted by the Ministry of New and Renewable Energy (MNRE). The demand would encourage local manufacturing and create jobs. Indigenous manufacturing and economies of scale would help bring the costs down for power generation as well.”

The conference was attended by most of the key players in the solar thermal power sector, including representatives from industry, agencies such as the Solar Thermal Federation of India and Solar Energy Corporation of India, and the MNRE.

For more on the subject, please contact Souparno Banerjee, souparno@cseindia.org / 9910864339.