As India attends the COP5, it is worth looking at how it has fared in the past. In COP 4, held in 2008, India had played spoilsport by preventing chrysotile asbestos and endosulfan from being included in Annex III of UN's Rotterdam Convention that brands them hazardous. Including the two in the Annex III would have made mandatory for countries to take a Prior Informed Consent, or PIC, before exporting them to other countries. 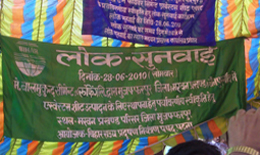