Why should we look at the US to check out its climate action plan? The fact is that the US is the world’s largest historical contributor to greenhouse gas emissions—the stock that is already in the atmosphere and already warming the earth’s surface—and the second largest contributor (after China) to annual emissions. What the US does makes a huge difference to the world’s fight against runaway climate change. It will also force others to act. It is, after all, the leader.

In the past 10 years, India’s environmental movement has had a rebirth. It was first born in the 1970s, when the industrialised world was seeing the impact of growth on its environment. In that decade the air and rivers of London, Tokyo and New York were full of toxins. The world was learning the pain of pollution. The first major global conference on the environment, the Stockholm meet, was held to find ways to deal with this growing scourge.

The Rio+20 UN conference on sustainable development is over. The conference declaration, titled “The Future We Want”, is a weak and meaningless document. It aims at the lowest common denominator consensus to say it all, but to say nothing consequential about how the world will move ahead to deal with the interlinked crises of economy and ecology. Is this the future we want or the future we dread? 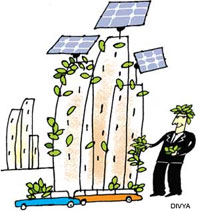 2010 top news on the environment in Asia

Date: Dec 2010 Top News is a compilation of important environmental news topics selected by environmental experts from the Asia-Pacific region as well as by international organisations and research institutes from twenty-one countries in the region. Read more