Over sixty years ago, the Green Revolution in wheat was launched from Mexico with the development of new high-yielding varieties at CIMMYT. Today, Madame President, the word Sonora still resonates in my country. Read more

Why we cannot ignore the poor

One thing is clear—the solutions must work for the poor, for them to work for the rich Some fortnights ago, I had discussed the issue of poverty and environment. I had then said that the question today is not whether the poor are responsible for environmental degradation but whether environmental management works if it does not address inequality and poverty. Why?

2014 has brought India’s environmental movement to a crossroad. On the one hand, there is a greater acceptance of our concerns, but on the other hand, there is also growing resistance against the required action. More importantly, every indicator shows that things on the ground are getting worse. Our rivers are more polluted, more garbage is piling up in our cities, air is increasingly toxic and hazardous waste is just dumped, not managed. Worse, people who should have been in the front line of protection are turning against the environment.

The 2014 general election, it would seem, is becoming a referendum on the so-called Gujarat model and the something-UPA model. In the heat, dust and filth of elections, rhetoric is high, imagery is weak and facts are missing. Very broadly, the Gujarat model is seen to be corporate-friendly, with emphasis on economic growth at any cost and little focus on social indicators of development. The UPA model, on the other hand, is seen to promote distributive justice and inclusive growth.

Growth is back on the agenda, says the government. It is hoping that with pushy announcements foreign and Indian investment will miraculously start pouring in and infrastructure will be the name of the game once again. But this assumption ignores one crucial detail: currently, public-private partnerships (PPPs) in infrastructure are on the cusp of disaster. The country needs a different strategy to build public services infrastructure.

From forestry to productive forestry

My position on the need to re-position forests in development (see ‘Rethink growth with forest capital’, Down To Earth, May 16-31) has brought me a huge response. On the one hand are those who argue that functions of forests already include conservation vital to life; they need to be valued and protected. The unsaid (and often stressed) corollary is that any discussion on the need to improve productivity of forests through the involvement of people needs to be shunned. The stretched and simplistic positioning of this view is that forests and people cannot go together.

POSCO: take land but give life

The sight on television was heartbreaking: children lying in rows in the searing sun to be human shields against the takeover of their land for Korean giant POSCO’s mega bucks project. Facing them were armed police sent by the state government to assist in the operation. 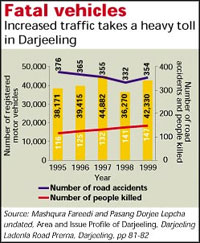