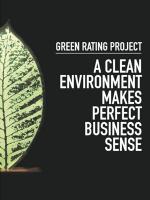 The UPA government has managed to pull it off after all. Well, almost. It has sprung an ordinance on the National Food Security Bill, just a fortnight before the monsoon session of the Parliament  begins.  Of course  the move has triggered an uproar in the political circles. The noisy debate on the Food Bill, raging for months..no...years now, instantly jumped to deafening decibel levels.  But the  trump card has been played. And the Opposition is clearly stumped.