The 2014 general election, it would seem, is becoming a referendum on the so-called Gujarat model and the something-UPA model. In the heat, dust and filth of elections, rhetoric is high, imagery is weak and facts are missing. Very broadly, the Gujarat model is seen to be corporate-friendly, with emphasis on economic growth at any cost and little focus on social indicators of development. The UPA model, on the other hand, is seen to promote distributive justice and inclusive growth. 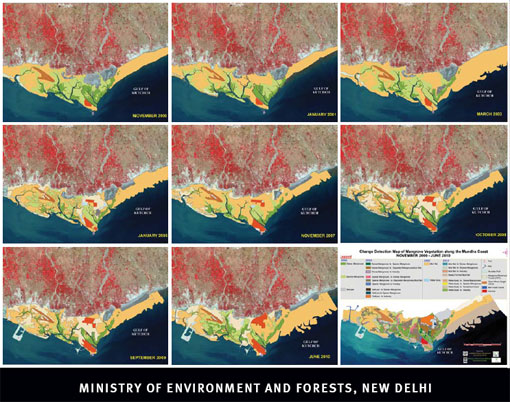 Report provides incontrovertible evidence of destruction of mangroves, blocking of creeks and non-compliance of other clearance conditions

Bharuch Enviro Infrastructure Ltd. (BEIL) has proposed to set up a Treatment, Storage and Disposal Facility (TSDF) at Dahej Industrial Estate, along with two Multiple Effect Evaporation (MEE) plants and various utilities and infrastructure facilities.The project involves a Secured Landfill Facility (SLF) for Hazardous waste with a capacity of 1.4 MTPA (14 Lacs MT). Capacity of the MEE plants is 600 KL/day (Phase wise: 3 X 200 KL/day)2. The duration of operation of the TSDF site is 15 years.

The Ministry of Environment and Forests (MoEF) on September 14, 2012 has constituted a committee to look into violations of environmental and coastal regulation zone clearances by Adani Port and SEZ Ltd. in Mundra taluka of Kutch district in Gujarat.

Centre for Science and Environment (CSE) carried out an analysis of the EIA report of the "Development of LNG Import Terminal at Pipavav Marine Facility, Amreli District, Gujarat, that was proposed by Swan Energy Limited (in alliance with Gujarat State Petroleum Corporation Limited).

Centre for Science and Environment (CSE) analysed the EIA report of an upcoming thermal power plant of 4,000 megawatt (MW) in Jamnagar district of Gujarat.Mahesh Parmar of Paryavaran Mitra approached CSE to carry out a technical review of this EIA for the public hearing of the project on September 20, 2011.

Centre for Science and Environment (CSE) carried out an analysis of the EIA of expansion of Gujarat Pipavav Port located in the Gulf of Cambay. The analysis was requested by a Gujarat based NGO called Paryavaran Mitra. 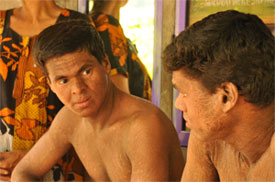 A week after the ban

Report of the Expert Committee of MoEF

Report of the expert committee set up by the MoEF as per orders of the Supreme Court dated March 18. The report clearly states that the plant is situated within the catchment area of the Samadhiala bandhara. It is indeed a wetland or a waterbody and the committee report recommends the relocation of the Nirma cement plant. This is the first of its kind decision by the Ministry.

Water v industry: where is the question?

Some hundred people, men and women, were gathered on the hill. Many more, I could see, were trudging up. Their faces were resolute. I asked why they were opposing the cement plant. Their answer was simple: “We cannot eat cement.” “But the plant will bring you employment and prosperity,” I said. The reply this time, with a touch of irritation, was: “We have our fields and now with the water in the tank we have good produce. We are not rich like you but we have food to eat.” I persisted, “But your land is not being taken away to build the plant. The government says it has only allocated village grazing land and wasteland to build the factory.” Their anger spilled out. 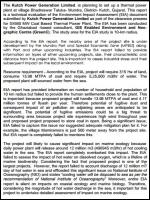 This is a technical analysis by CSE of the rapid EIA report for the 3,300-MW coal-based super-critical thermal power plant proposed by KPGL

By: Tiasa Adhya Ashwagandha occupies a prominent position in traditional health systems like Ayurveda. In India the medicinal plant is cultivated on 4,000 hectares, mainly in Madhya Pradesh and Gujarat. But when it comes to being the most effective, a group of researchers claims, it is the wild variety.

By: Kaushik Das Gupta Ten years ago Bangladesh’s rivers were deeper and hilsa plentiful. But silting, dams and pollution pushed the fisher into deep ocean and resulted in shifting of their homebase. The Bangladesh fish wholesaler’s loss became Gujarat’s gain as increasingly hilsa from the Tapti and the Narmada feed the Kolkata market. 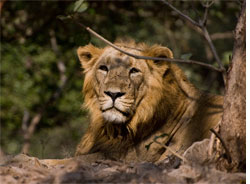