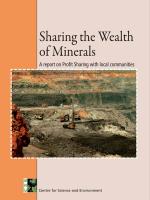 EU to certify buildings for energy efficiency from 2006

As per a new directive, the eu will certify buildings for energy efficiency from 2006 onwards. The European Climate Change Programme, established in 2000 to meet Kyoto Protocol targets, has identified the construction sector as providing the largest potential for carbon dioxide emission reduction. Buildings already account for up to 40 per cent of the eu's energy consumption. And southern European countries are buying more air-conditioning units, further disturbing the energy balance.

It was in February 2001 that Down To Earth broke the story.

A link was established between the unusually high incidence of deformities and diseases in Padre, a village in Kerala's Kasaragod district and endosulfan, an organochlorine pesticide.

The Kerala High Court has ordered status quo to be maintained on the cancellation of Hindustan Coca-Cola Beverages Limited's licence to operate its bottling plant at Plachimada in Kerala. The licence had been cancelled by the Perumatty gram panchayat in Palakkad district of Kerala, following complaints that the company was creating water scarcity in the area by overexploiting groundwater. 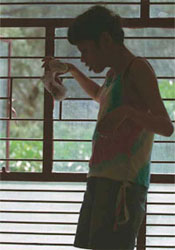 Vaccines with mercury can cause autism, but removing the metal is uneconomical for developing countries such as India

By: Savvy Soumya Misra Intended as gift to Obama India signed the international convention on compensating nuclear accident victims on October 27. The convention, to a large extent, shields suppliers of nuclear energy technology from paying damages.

Environmental Impact Assessment Notification, 2006 The Union Ministry of Environment and Forest (MoEF) notified the new EIA Notification in September 2006 after putting up the draft notification for public comment for a year.

A new bill leaves little scope for dissent on GMOs by Savvy Soumya Mishra If the nationwide furore over Bt brinjal was driven by the fear of unsafe food being pushed down the throat, the proposed Biotechnology Regulatory Authority of India (BRAI) bill goes a step further to silence all opposition. The bill will bring about changes in regulating the research, transport, import, manufacture and use of genetically modified (GM) products in the country.