Ministry Of Environment And Forests (moef) 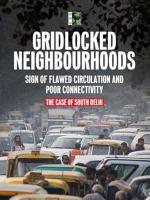 Rising pollutant emissions from coal-based power plants in Indonesia is an urgent and immediate concern.

Madhav Gadgil and K Kasturirangan are both scientists of great repute. But both are caught up in a controversy on how the Western Ghats—the vast biological treasure trove spread over the states of Gujarat, Maharashtra, Goa, Karnataka, Kerala and Tamil Nadu—should be protected. First the Ministry of Environment and Forests asked Gadgil to submit a plan for protection of the Ghats. When this was done in mid-2011, the ministry sat on the document for months, refusing to release it even for public discussion.

Breaking the impasse of 2013

When I look back at 2013, I hear a cacophony. There was huge dissent about the way we are mismanaging coal reserves; the Supreme Court shut down iron ore mining in Goa; there was outcry about rampant sand mining and the havoc it is wreaking on rivers. There were equally loud calls for the need for green clearance to all projects, from hydropower projects in the Himalayas to mines in dense forests of central India. One side wanted to shut everything; another wanted to open up everything. 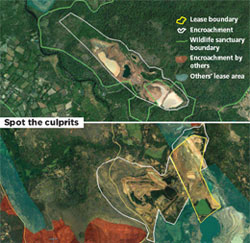 There is nothing more criminal than the conspiracy of silence. There is also nothing more abject than scientists participating in acquiescence and deceit.

The Ministry of Environment and Forests (MoEF) on September 14, 2012 has constituted a committee to look into violations of environmental and coastal regulation zone clearances by Adani Port and SEZ Ltd. in Mundra taluka of Kutch district in Gujarat.

Kochi, October 5: Dealing a severe blow to pollution control activities in the Ernakulam region, comprising four districts, the Kerala State Pollution Control Board has decided to do away with its crucial top posts of Chief Environmental Engineer (CEE) and Chief Environmental Scientist (CES). Read More

Bangalore, October 4: Speaking to reporters on the sidelines of a function at the KSPCB office, Acharya, however, hailed the Palike for undertaking the Herculean task of educating the masses on segregation of garbage at source, its implementation and scientific disposal of waste.

Ganeshotsav 2012: Noise reports will be sent to police