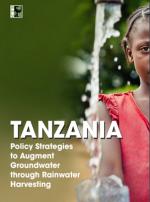 The current performance of cities is poor across key indicators of quality of life. A sector report by McKinsey (2010) indicates substantial shortfalls in clean water supply and management,solid waste management, public transportation and affordable and liveable housing supply. By 2030, 250 million people will be added to the urban population, who will require 700-900 million square meters of new residential and commercial space (Census 2011; McKinsey Global Institute, 2010. On current trends, quality of habitat is going to deteriorate even further and the service gap will increase by three to four times.Further, the economic and environmental costs of such scenario are going to be extremely high. SE’s programme on Sustainable Buildings and Habitat

Already about 10 states have formulated and adopted their own water policies, and the rest are in the process of doing so. The state water policies are comprehensive and treat water as a finite resource. The need to manage water resources in a scientific manner has been recognised in the policies and hence a lot of emphasis has been given to sustainable exploitation of water and groundwater resources. State National

A new and approved National Water Policy is expected to be in place by 2013. The revised policy will take on board crucial issues such as water demand management, equitable distribution, water pricing, stringent regulatory mechanism and allocating priority to water for life-support and ecology over industry. The new approach to the water policy is likely to recognise water as finite and variable. This is supported by the mid-term appraisal report of the XIth Plan, in which the Planning Commission recognised the need to "take a holistic view of the hydrological cycle" to solve the water crisis as India's water situation is even more serious than originally assessed.