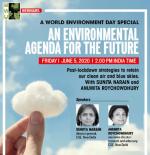 An Environmental Agenda for the Future

CSE and CPWD launch a campaign for RWAs 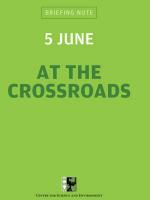 Briefing Note: At the Crossroads

At the Crossroads: World Environment Day

Air pollution kills an average of 8.5 out of every 10,000 children in India before they turn five

Look at solutions that can make this planet plastic-free: CSE

On World Environment Day, CSE releases analysis of how India has warmed over the years - from 1901 till 2017

OZONE POLLUTION HTTING A PEAK EVERY SUMMER IN DELHI-NCR, says Centre for Science and Environment

Plan prepared by Centre for Science and Environment in association with Gurgaon First, under the aegis of Municipal Corporation of Gurugram

"I advocate tolerance because it means we recognise there is another side. Without tolerance, we will constantly be at war."

Says Sunita Narain, whose new book Why I Should Be Tolerant will be released in Delhi on the eve of World Environment Day

Mark this World Environment Day with another inconvenient truth: Cutting down on truck pollution is a good step, but not enough for Delhi

Delhi is a pollution highway for cars. Total number of cars, SUVs and two-wheelers that enter Delhi DAILY is almost as high as total number of vehicles registered ANNUALLY in Delhi 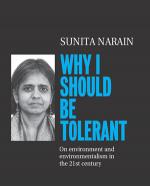 Why I Should be Tolerant Digital version