The Tema Metropolitan area (TMA) is a coastal metropolis located in the Greater Accra Region of Ghana. TMA is located approximately 25 km east of Accra, the capital city of Ghana. TMA shares boundaries on the North-East with the Kpone Katamanso and Ningo-Prampram Districts, South-West by Ledzokuku Krowor Municipal, North-West by Adentan Municipal and the Ga East Municipal, North by the Akuapim South District and the South by the Gulf of Guinea.

The Ashaiman Municipal is enclosed enclave within the Tema Metropolis. The Metropolis covers an area of about 396km2 with Tema as its capital and lies within the coastal savannah zone. 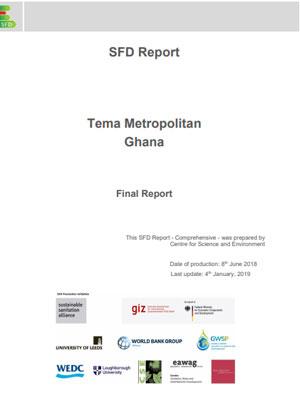