The Union Carbide India Ltd. (UCIL) pesticide plant in Bhopal, which used to manufacture (among other products) the pesticide Sevin (carbaryl) gained world-wide recognition as a result of the tragic chemical disaster on the night of 2-3rd December 1984. The accident, involving a massive release of methylisocyanate (MIC) gas, resulted in the death or injury of many thousands of people in the surrounding residential areas. A number of studies, conducted in the aftermath of the accident, understandably focused on the long-term consequences of acute exposure to MIC. Very little attention was paid then to the state of the UCIL site and immediate surroundings with respect to contaminant so than MIC which may have been present not only as a result of the accident, but also the routine operation of the plant. This remains the case today. As legal processes continue to try to establish liability and compensation following the 1984 disaster, responsibility for the contamination which remains on and around the site remains unaddressed. Given the nature of the processes at the plant, and the chemicals handled, itis possible that residents of the communities surrounding the former UCIL site may still be exposed to hazardous chemicals on a daily basis.

In order to gain an insight into the nature and severity of chemical contamination of the former UCIL site and its surroundings, samples of solid wastes, soils and groundwaters from within and surrounding the site were collected by Green peace International in May 1999. Samples were returned to the Green peace Research Laboratories, based in the University of Exeter, UK, for analysis of heavy metals and organic contaminants.

Sludges and soils were collected at locations both within the plant boundary (adjacent to former formulation plant and waste disposal sites) and in an area to the north of the plant at which solar evaporation ponds (SEPs) were formerly located. Groundwater samples were collected from drinking water wells to the north and south of the former UCIL site in order to determine the extent of aquifer contamination with volatile organic compounds.

The results of this survey indicate general contamination of the site and immediate surroundings with chemicals arising either from routine processes during the operation of the plant, spillages and accidents, or continued and on going release of chemicals from materials which remain dumped or stored on site. Within this overall contamination, some locations sampled indicated the presence of “hot-spots” of severe contamination with heavy metals and/or persistent organic pollutants. 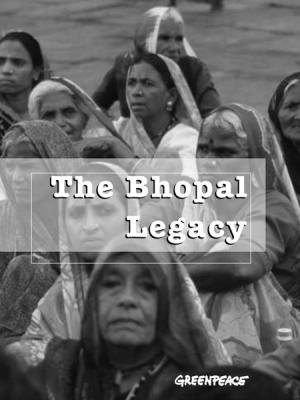