THE GLOBAL SOUTH: A SCOPING STUDY

Power systems first started almost 150 years ago as a decentralised architecture, but were later consolidated into a much more centralised structure, with large generation plants benefitting from economies of scale, and transmission and distribution networks relaying the electricity generated to the consumer. Governments in emerging countries have, in the past, tried to use similar, centralised approaches to improve access to electricity, but this has now started to change. The areas that can easily be reached by the main grid are diminishing, and the marginal costs of extending the grid to reach more remote and rural customers are becoming prohibitive. This has led some governments to deploy decentralised forms of energy that benefit from rapid declines in the costs of modular, distributed clean energy generation and storage technologies. 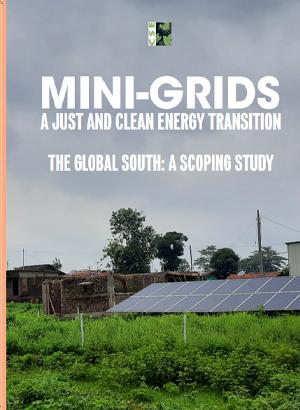