Nagar Palika Parishad (NPP) Bijnor is associated with Centre for Science ad Environment (CSE), New Delhi with a MoU signed in 2019. The MoU states that CSE will provide technical support in implementation of effective and strategic Faecal Sludge and Septage Management (FSSM) in Bijnor in reference to City Sanitation Plan (CSP) of NPP Bijnor (endorsed by CSE). CSE has set up a Technical Support Unit (TSU) in Bijnor in vision of effective and sustainable FSSM practices in the Bijnor City.

In the light of effective FSSM NPP Bijnor announced commissioning of a 20 Kilo Liter Per Day (KLD) capacity co-treatment project constructed on a 24 MLD STP in Kherki Village in Bijnor on 27 July, 2022. NPP Bijnor also recognized and promoted the good practices by private desludgers of Bijnor in the event by providing them incentives on regular decanting at the co-treatment unit.

NPP Bijnor with technical support from CSE announced the incentives scheme to private desludgers in a dedicated meeting with Mr Vikas Kumar Executive Officer (EO), (NPP, Bijnor) on 4th May, 2022.  EO announced a monthly cash award prize of INR 3100/- , INR 2100/- and INR 1100/- respectively for top three private decanters of the month. The scheme made a surprising increase on average daily number of decanting loads at the co-treatment plant in Kherki Village. 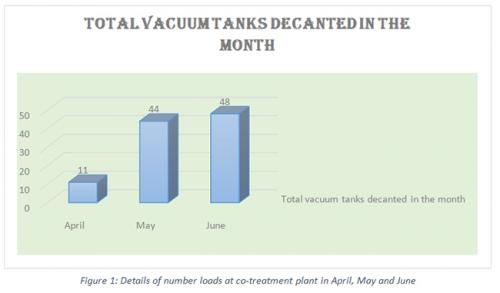 Figure 1: Details of number loads at co-treatment plant in April, May and June

NPP, Bijnor has registered and licensed all the private desludgers working in the city. Now city has 6 private operators who have 8 tractor mounted vacuum tanks cumulatively.

Table 1: Details of winning Private Septic Tank Emptying Operators for the months of May & June

The cash awards were sponsored by Mr Shamshad Ansari, the Chairperson husband, NPP Bijnor. The awards were given by the respected Mrs Rukhsana Praveen, Chairperson NPP Bijnor. In the end of the event EO, Bijnor gave a brief on the recently gazette Bijnor FSSM Bye-Laws and their implementation in the town.

Clearly the movefrom NPP Bijnor with technical support from TSU-CSE is helping to promote good practices of safe emptying, transport and treatment of faecal sludge in the city. The scheme to recognize desludgers and incentivize (by cash awards from CSR funds or personally sponsored) their efforts tofor regular decanting at co-treatment facility for maximum utilization of the co-treatment facility is proving to be a light of enthusiasm and commitment amongst private desludgers. The ULB also made the MoU with nearby municipalities (Kiratpur, Haldaur, Noorpur, and Mandawar) who do not have any treatment apparatus for faecal sludge to allow emptied septage from the respective towns to be decanted at Bijnor Co-treatment facility in May. The efforts made presently by NPP, Bijnor for FSSM in Bijnor gives high hopes of a sustainable FSSM model for future.